A Guide to Buying Your First Guitar

Home News Blog A Guide to Buying Your First Guitar

A Guide to Buying Your First Guitar 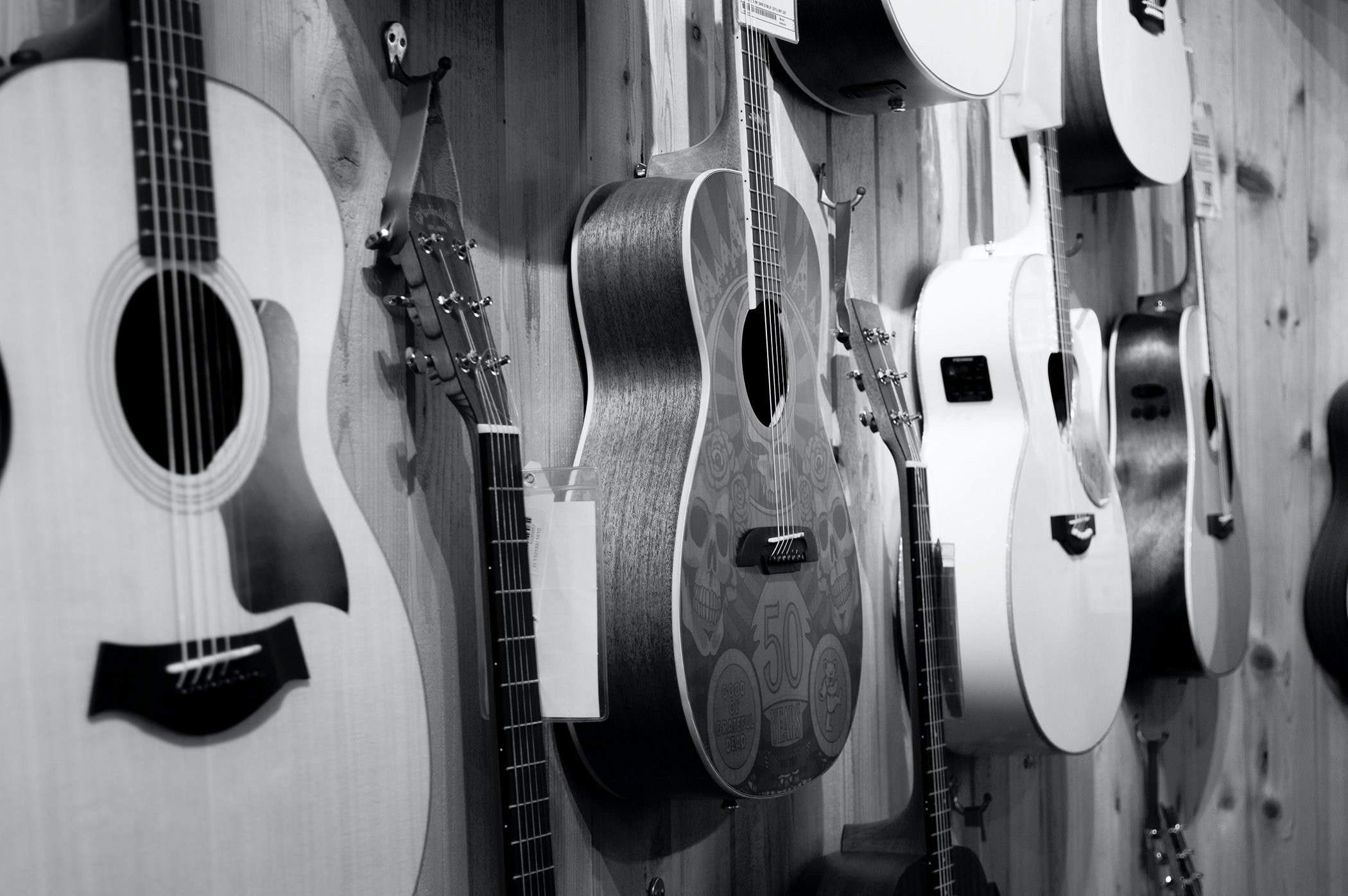 Buying your first ever guitar can be intimidating. There’s a lot out there to choose from, some of them are quite pricey, and it’s hard to know what it is you’re looking for, especially when you’re new to the instrument. I was there myself once, saving up my eight-grade allowance and cat sitting for my neighbors to try and afford a guitar that ended up being picked primarily based on how it looked due to my lack of actual understanding of the instrument. Once I learned a little bit more about what I wanted from a guitar, I ended up selling that guitar for about half what I paid for it in order to pay for a guitar better suited to my actual playing.

So for this piece, I’m going to write the guide that I wish I had at thirteen years old. In it, we’re going to go over some of the most affordable guitars widely available. While of course there are far more models available at comparable prices than the six we will go over in this piece, these six are all personal recommendations of mine and great choices for your first guitar.

We’re going to look and their pros as well as some cons, and help you figure out which model would make your perfect first guitar.

The first thing to consider when buying your first guitar is whether you are looking for an acoustic or an electric. Acoustic guitars are often the more popular choice among complete beginners, as they do not require any additional equipment to get started and are much easier to travel with. However, many find the thinner strings and increased sensitivity of electric guitars to make them both easier and more comfortable to learn on. But despite their sonic differences, acoustic and electric guitars are played the same exact way and you’ll be able to play both regardless of which kind you initially learned on.

So with all that said, I’d advise choosing based on what sort of guitar excites you more. When you first considered taking the leap of learning the guitar, did you imagine strumming an acoustic or rocking out on an electric? I believe that what you had pictured probably answers the acoustic/electric conundrum for you. Once you feel like you’ve made the decision, feel free to jump down to either the acoustic guitar section or the electric guitar section of this piece.

Steel-string guitars were invented after their nylon-stringed counterparts, and are both considerably louder and considerably brighter-sounding. They are nowadays the more common acoustic guitar variety, and are the standard guitar for such American music genres as country, blues, bluegrass, acoustic rock, and American folk, as well as British folk. On the other hand, nylon string guitars have a gentler, darker tone and softer strings that many players find more comfortable and less taxing than steel strings. Nylon string guitars used just about exclusively among classical guitarists, and are also widely used in Latin music, jazz, and Eastern European folk music.

With that important distinction made clear, let’s look at some of the best yet most affordable acoustics currently available. 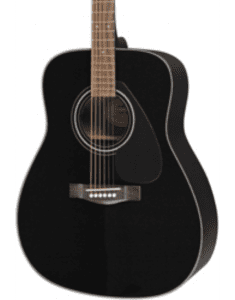 Although Yamaha is better known for its production of pianos and motorcycles than guitars, the Yamaha F335 is among the world’s best-selling steel-string guitar models. The Yamaha F335 has a full, bassy tone with plenty of resonance, solid playability, and a list price of $159.00. The Yamaha F335 is an incredibly well-rounded guitar for its price, and is a great choice for a player looking for a solid balance tone and playability in their first guitar. 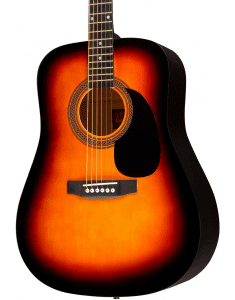 The second Yamaha to make this list, the Yamaha Student Series CGS103AIl is one of the most common nylon string guitars out there. It’s known for its comfortable, easy-to-grip neck that can be less strenuous on your beginner’s hands than many other guitar models, and its ¾ size makes it a great choice for kids, although the guitar can be comfortably played by adults as well. Yamaha Student Series CGS103AIl is a great choice for players looking easy to play, nylon-string guitar to learn on.

There are quite a few variables that go into electric guitars, and as a result electric guitars can often vary more from model to model than acoustics. If you’d like a more in-depth look at those variables, you can read about it here. That being said, electric guitars generally follow one of two build types. The first build type uses a set of variables (such as longer necks, lighter tonewoods, and often single-coil pickups) to treat a treble-heavy tone with the emphasis on the high end, while the second build type uses the opposite set of variables (shorter necks, heavier tonewoods, and humbuckers) to create a bass-heavy tone with emphasis on the low end.

While many electric guitars fall somewhere between the two extremes of this spectrum, the vast majority of electrics on the market will lean more towards one end or the other. Generally speaking, Fender-brand guitars stick pretty strictly to the first mentioned build type, and Gibson brand guitars stick pretty strictly to the second. When buying an electric guitar, it’s all worth remembering that you will also need at least an amplifier and a cable to get started, which means that picking up an electric guitar can be slightly more of a monetary investment than picking up an acoustic.

With all that in mind, here are a few great starter level electrics. 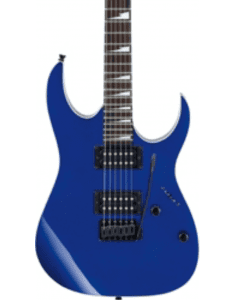 A perfect first guitar for aspiring shredders, the Ibanez GRGR120EX has many of the features that players love about Ibanez’s higher-end models. These include smooth playability, high-output pickups that are great for distortion, and a whammy bar, all for $199.99. However these guitars don’t have the best clean tones in the world, so they may not be the way to go if you’re looking to play primarily without distortion. The Ibanez GRGR120EX is a great first guitar for players looking to learn to play leads and solos while getting a solid rock tone. 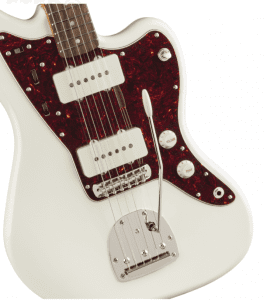