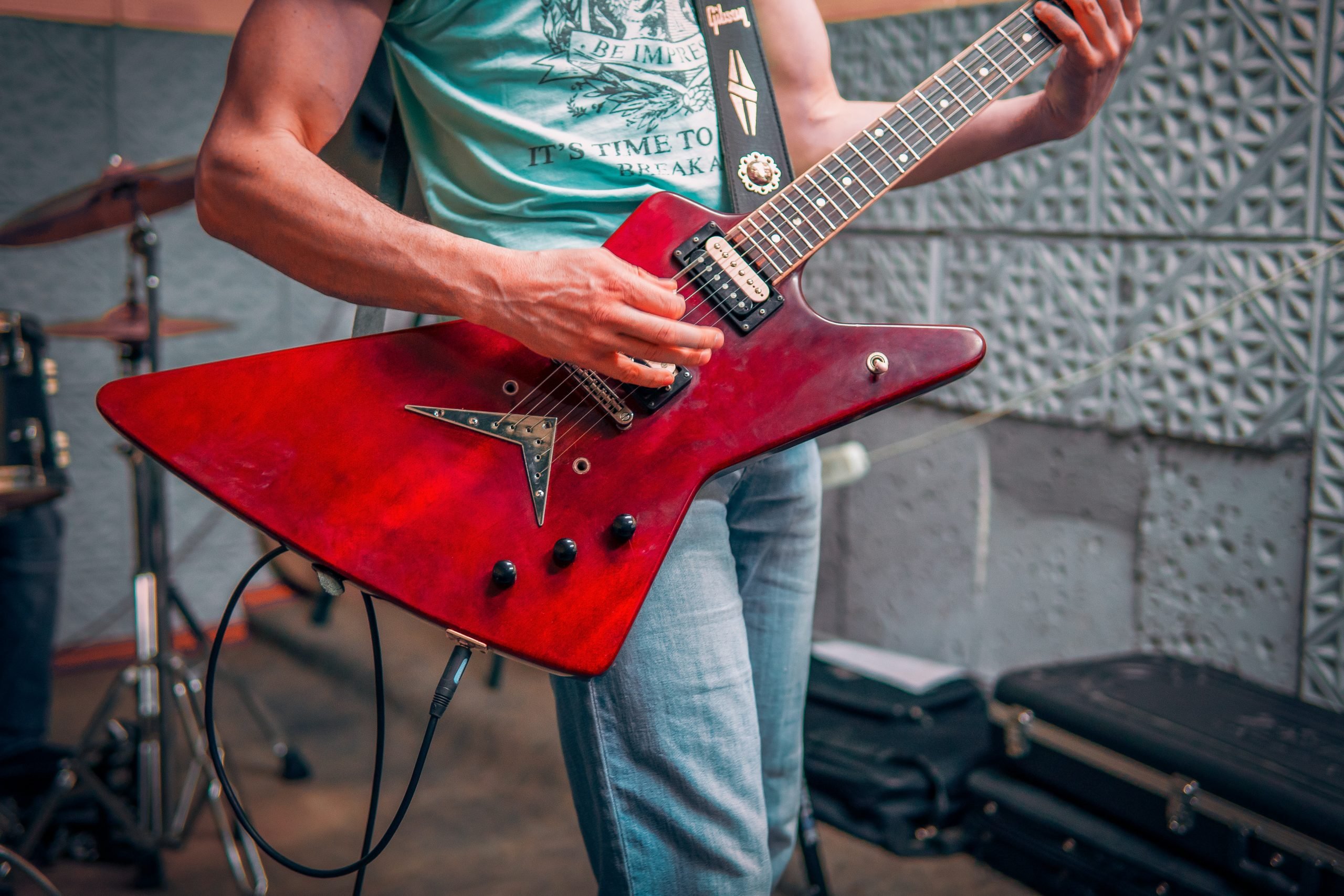 When trying to write a riff, the sheer amount of options available can be pretty daunting. You can play literally anything, which sometimes makes it hard to know where to start. As a result, it can be an easy temptation to revert to muscle memory and turn out more riffs that are rather similar to things that one has already written.

This can make writing songs in riff-dominated styles like metal a particularly taxing process. I’ve often found that self-imposing a set of limitations to narrow down one’s options can be a great way to jump start the creative process. There are many great exercises that involve exactly that, but in this piece, I’d like to get into one of my favorites. In this piece, we’re going to learn some exercises to write metal riffs in drop tunings and entirely within the confines of the final mode, the Locrian.

The first step is to tune your guitar to a drop tuning. Drop tunings involve tuning the 6th and 5th strings a perfect fifth apart from each other, as opposed to standard tuning, which has them tuned a perfect fourth apart. The perfect fifth is the key interval in power chords, so having the 6th and 5th tuned to a fifth makes rapid power chord changes much easier, thus making it an extremely handy tuning in just about all forms of metal.

While the most common drop tuning is Drop-D, many metal guitarists will tune down even further to give their riffs a deeper pitch and a thicker sound. This article is written from the perspective of being tuned to Drop-D, but the concepts discussed are equally applicable to deeper drop tunings. You will just need to transpose accordingly. Once you’re tuned down, try playing the following vertical D Locrian scale.

The Locrian scale works great for metal because it is the only diatonic scale to contain both a flat second and a flat fifth which are, by just about all accounts, the two evilest-sounding of all intervals. It’s uncommon to learn scales vertically like this, so going up and up may feel a little awkward at first. But stick with it; the vertical scales are used widely in metal riffs and are a cornerstone of the concepts we’re about to get into. Once you feel solid with the vertical D Locrian scale, try playing through the scale in diatonic fifths, as written out below.

Because the 6th and 5th string are tuned to a perfect fifth in drop tunings, playing the scale in fifths should be pretty easy. For the most part, all you’ll have to do is lay a single finger across the same fret of both strings. However, watch out for the first and last note of the scale. The Locrian scale is built upon the seventh degree of the major scale, which is the only scale degree whose diatonic fifth is a flat-fifth instead of a perfect fifth.

This means that when playing a D Locrian scale in fifths, we’d have to play a flat-fifth over the first D, and then again when we play the octave at the end of the scale. The flat fifth of a D is an Ab. An Ab flat isn’t playable on the 5th string without tuning down, and playing it on the 4th string would put in a different octave then open the 6th string, which would ruin the effect we’re going for. Therefore, it’s best to just play that first D-note alone for now. On the second D-note played, it is possible to play the flat-fifth in the same octave. All you have to do is adjust for the flat-fifth by lowering the note on the fifth string by one fret.

Once you have the scale down in fifths, try writing a riff while constraining yourself to the two versions of the vertical D Locrian scale you just learned. You may use either the single notes from the first scale or the fifths from the second scale, and I suggest mixing and matching the two for the best results. Below is a simple riff that was written within those exact parameters.

Once you’ve written a riff based on those narrower parameters, try playing through the below horizontal D Locrian scale, starting on the 5th string.

The above D Locrian scale spans just over one octave. It’s all the same pitches in the same order as the vertical D Locrian scale we went over earlier, except an octave higher and with a fingering pattern for convenient to single-note playing. Once you feel comfortable with the above scale shape, try writing a new riff that incorporates at least something from all three scale shapes we’ve looked at so far. This riff can be based on or borrow from your previous riff if you like, or it can be something entirely new. Written out below is an example riff written following these instructions.

After you’ve completed writing some riffs within the confines of these exercises, then feel free to edit or rework with the limitations lifted. While these self-imposed limitations can be great for getting the creative process started, they are ultimately arbitrary and outlive their purpose if they get in the way of any cool ideas you may have.

To be clear, if you are happy with a riff you have written that is entirely within the confines of one of these exercises then there is absolutely nothing wrong with that; feel free to use the riff as is. But if you’d like to use a note from outside the narrow confines of the exercise, put your riff in a non-drop tuning, or tweak it any other way that would conflict with the exercise used to create it, then by all means do so.

Below is a version of the above riff that has been tweaked ever so slightly. I prefer the version of the riff below, but it includes a Db note on the third beat in the second measure that does not exist in the D Locrian scale, and would therefore conflict with the original confines of the exercise.