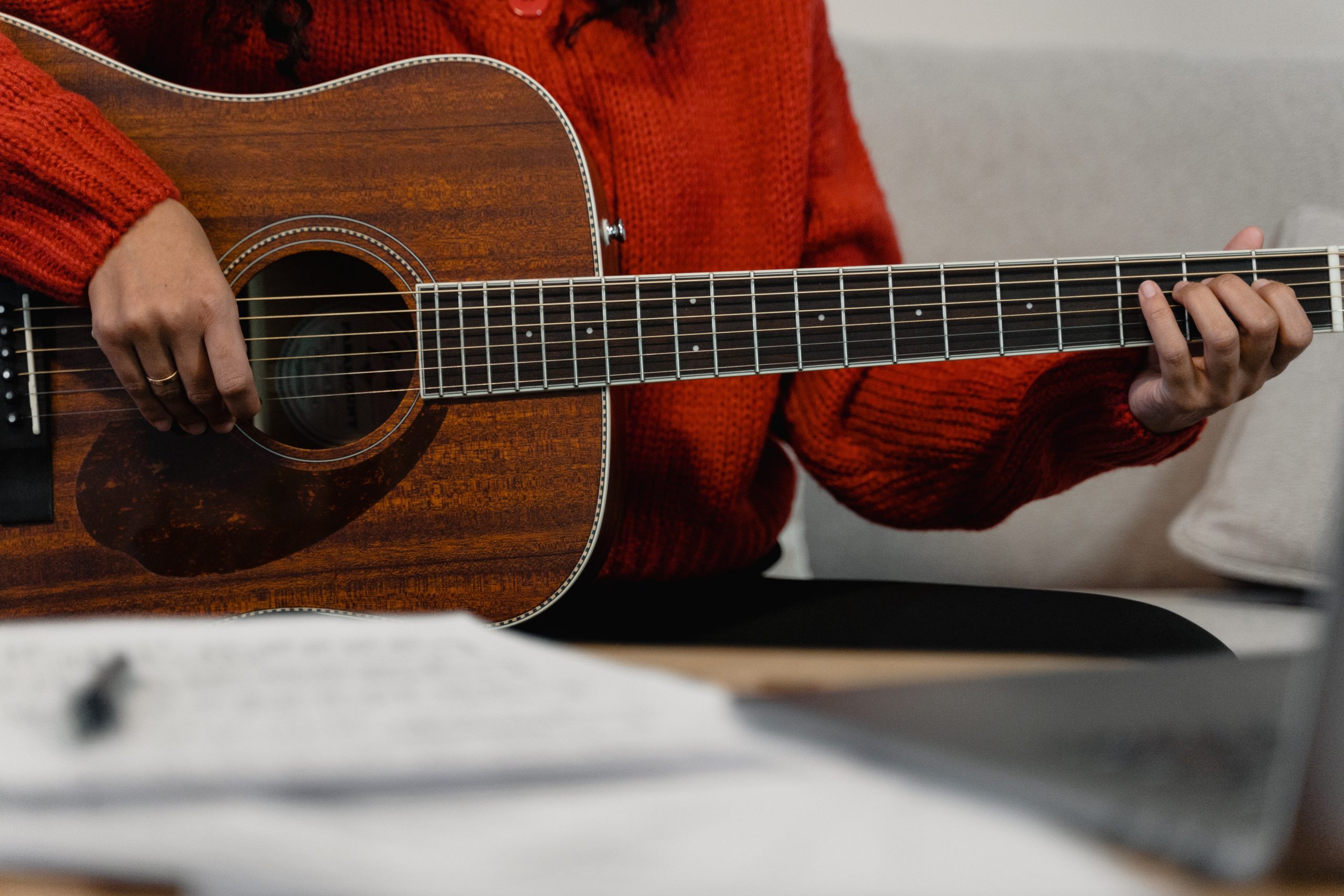 It can be difficult to keep track of all of the different types of chords, as well as their relationships to each other. However, understanding different chord qualities is important for songwriting, improvising, or just all around being a musician. I’ve found it helpful to think of different chord types as a spectrum, much like the color spectrum. Below is a simple version of this spectrum that consists only of the six most common chord qualities.

After diminished chords, we have minor chords. Minor triads consist of a minor third followed by a major third. So while they contain an equal amount of minor and major thirds, the fact the minor third occurs first makes it the definitive of the two thirds and ultimately places minor chords on the left side of the chord spectrum. Although minor chords share the darkness heard in diminished chords, they are much more consonant are used far more widely in popular music. Minor chords occur naturally on the second, third, and sixth, scales degrees of the major scale.

In the middle, we have dominant and suspended chords. Dominant and suspended chords walk the line between major and minor, and don’t fit neatly into either category. Dominant chords are built upon a major triad, but have at least at a minor seventh interval stacked on top of the triad. That exact combination of a major triad and a minor seventh form a dominant seventh chord, which is both the simplest kind of dominant chord and the foundation of all the other dominant chords.

Altogether, a dominant seventh chord consists of one major third and two minor thirds. When played in root position, the major third is the first and therefore definitive third, but it’s still outnumbered by the minor thirds. This creates a chord that essentially splits the difference between major and minor and thus falls in the exact middle of the chord spectrum. Dominant chords sound gritty, in your face, are fairly dissonant, and usually really want to resolve to a major stable-sounding chord. They occur naturally on the fifth scale degree of the major scale.

Suspended chords are the only chords discussed in this piece that break the pattern of stacked thirds. Suspend chords contain and a root note and a fifth just like all of the chords we’re going to go over, but instead of a third, it has either a major second or a perfect fourth. Suspended chords with a major second are called a suspended-second (or sus2) and the somewhat more common variety of suspended chord with a perfect fourth is called a suspended-fourth (or sus4).

Moving to the right side of the spectrum, we have major chords. Major chords are the exact opposite of minor chords; while minor chords consist of a minor third followed by a major third, major chords consist of a major third followed by a minor third. The two are essentially mirror images of each other. Because of this structural similarity, major are in many ways the brighter, happier counterpart of minor chords. Both are consonant chords with similar harmonic functions, but with pretty much opposite moods. Major chords occur naturally on the first, fourth, and fifth scale degrees of the major scale.

Below is a slightly more fleshed out version of the earlier chart. It is built off of the previous chart, but is adjusted to accommodate an added seventh to some of the chord qualities. This creates a more nuanced look at the chord spectrum that accounts for denser harmonies. Although not all of the chord types on it are particularly common, they all see far enough usage to be worth understanding. The below chart can of course be ever further fleshed out to include more nuanced differences, but the information already on it is plenty to get you started.

ANOTHER QUICK NOTE: Although we are now looking at chords that inherently denser than triads, we will still be examining all of the chords discussed through the framework of looking at them in root position. Just as with the previous section, everything discussed is still equally applicable to inversions of these chords.

The other chords on the above chart, such as major, minor, and suspended chords, do not become particularly complicated by the addition of sevenths. A major-seventh and a minor-seventh will sound richer and distinct from their triadic equivalents, but will ultimately function in the same way and occupy the same spaces on the chord spectrum.