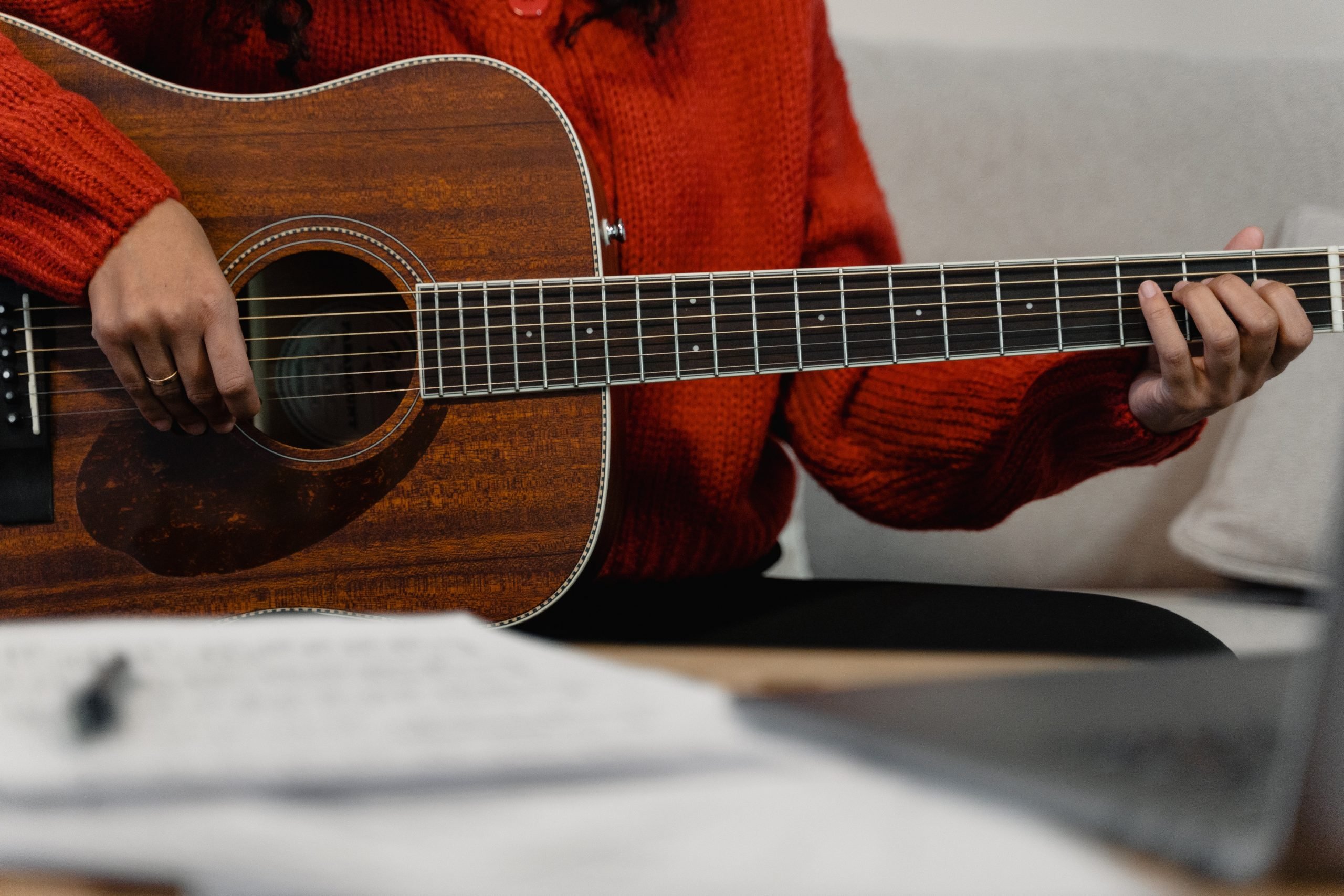 Sixth chords are often overlooked. They sound great and can add some wonderful color to a chord progression, but, like many other chords that break-away from tonal music’s standard pattern of nothing but stacked thirds, they don’t get much attention. Guitar methods and class curriculums often exclude them, teachers seem to sometimes forget about them, and many guitarists just never get around to really learning them. On top of that, many sixth chords are inversions of other sorts of chords, which sometimes causes them to be neglected the sixth-chord label altogether.

All of this adds up to sixth chords being pretty underutilized by many guitarists. In this article, I hope to make you not be one of those guitarists. We’ll discuss how sixth chords are constructed, learn some of their most common forms, and learn how to use play them diatonically.

Before we get going, I would like to take a moment to say that this article is going to be pretty heavy on music theory. If you’re just looking for some new chord shapes and aren’t interested in the theory behind them, then feel free to scroll down, take some screenshots of the provided chord charts, and not worry too much about all of those pesky words in between. But if you are interested in the theory this article discusses, please go into it knowing that the article assumes at least a basic understanding of how chords are constructed and intervals. If you’re unfamiliar with either of these concepts, then it might be worth it read up a little on them before returning to this piece.

A proper major 6th chord is a major chord with a major sixth interval stacked on top. So when creating major-sixth chords, all you need to do is find that sixth and add it to your favorite major chord voicing. The major sixth interval is going to be exactly nine-half steps up from the chord’s root note, but a quicker trick to find that note is to go up strings and down one fret from the root note.

For example, strum an open C chord with your root on the 3rd fret of the 5th string. If you go up two strings and down one fret from that root note, you’ll land on the 2nd fret of the 3rd string, which is an A note. If you add that A-note to your open C chord, you’ll be playing a C6. You lose the note you were playing on the 3rd string if you do this, which was a G, but as that note is the 5th it’s not entirely necessary to the identity of the chord the way the other notes in the chord are. You can see that chord charted out below.

However, here’s a useful and entirely movable barre chord version of the major-sixth chord that does not omit any notes, fifths or otherwise: 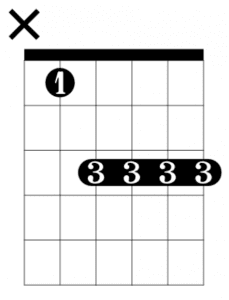 A quick note: although the above chart says to use your ring finger to barre all of the notes between the 4th and 1st string, it’s totally fine to have your pinky help out and grab a few of those notes. It’s a lot for just one finger to do!

A less common variant of the major-sixth chord is the major flat sixth chord, which is constructed by stacking a minor sixth interval on top of a major chord. So the notes in a C6 chord are C, E, G, and A, the notes in a C b6 chord are C, E, G, and Ab. Major flat-sixth chords will be extremely dissonant due to the fact the fifth and the flat sixth are only a half step apart, but a flat-sixth chord isn’t an example of a chord where you can just drop the fifth as we did earlier with the C6 chord. This is because if you remove the fifth from a major-flat-sixth, the remaining notes will form an augmented triad. While there’s nothing wrong with an augmented chord, it’s not what we’re going for at the moment.

That half-step relationship between the fifth and the minor sixth makes major-flat-sixth chord voicings rather difficult to play on guitar, but the movable barre chord shape below is pretty painless. 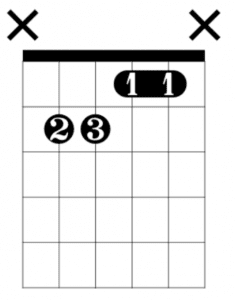 The above chord chart shows this movable major-flat-sixth in the first position, where it’s an E b6. The root note in this voicing is along the 4th string and not the 5th string, so just remember that the bass note is not also the root note in this case. But as I mentioned earlier, this chord isn’t particularly common as it never occurs diatonically. We’re going over it more for the completionist’s sake than anything, so you probably won’t come across it too much.

The standard minor sixth chord is built by stacking a major-sixth interval on top of a minor triad. This makes it exactly the name as its parallel major-sixth chord, except with a lowered third. For example, the notes in a C6 chord are C, E, G, and A, and the notes in a Cm6 chord are C, Eb, G, and A. Unlike seventh-chords, the sixth remains major regardless of whether the triad beneath it is major or minor. Below is a movable minor-sixth barre chord with its root along the 6th string. This chord shape is exactly what we just discussed: a minor chord with an added major sixth. 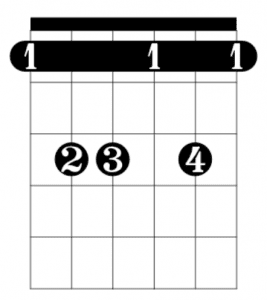 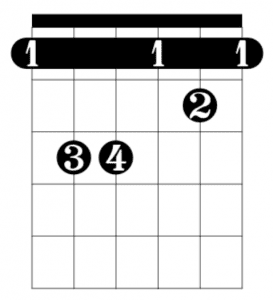 The barre chord shape is almost exactly like a natural minor-sixth chord, except that the note on the 2nd string is lowered by one fret. This is because that note is the sixth, so that’s the note that gets flattened. A minor-flat-sixth chord is actually an inversion of a major-seventh chord, which is why it’s a term that you don’t hear used all that often.

The inversion is built upon that flat-sixth scale degree that defines the chord. For example, the notes in an Amb6 chord are A, C, E, and F. If you rearrange the order of those notes to F, A, C, and E, you get a root position Fmaj7 chord.

Now that you know four different kinds of sixth chords, chances are that you’re going to want to start sprinkling them into your playing and songwriting. However, it can be a little tricky to know which variant to use when, so I made the below chart to illustrate when each sixth chord can be used diatonically.

Both natural sixth and flat sixth chords can be constructed with every chord quality just as we constructed them with major and minor chords. However this article would be much longer if we took the time to apply the concept to each and every chord type, so I’m going to leave you with one last sixth chord. The diminished flat-sixth chord is the last sixth chord that will occur diatonically, so after this, you’ll have all the sixth-chords that you’re likely to come across anytime soon.

You can see a reliable and entirely movable voicing of the diminished-flat-sixth chord charted out below. 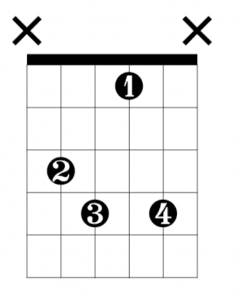 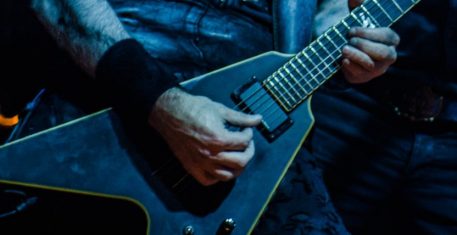 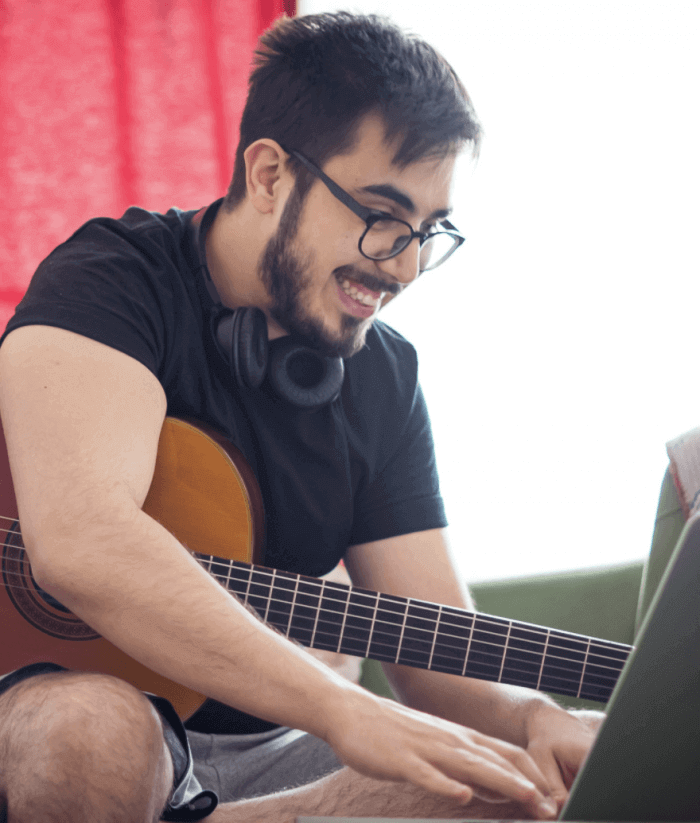 Sign up for our newsletter and take your 1-on-1 trial lesson for just $20!