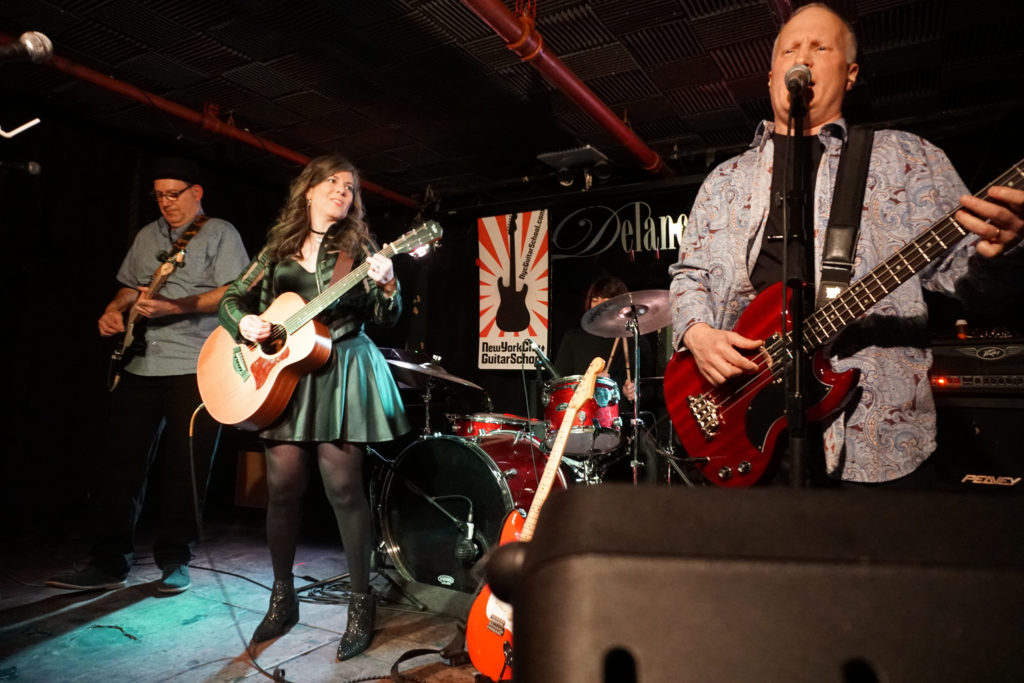 Have you always wanted to strut your stuff on stage in a real rock band, but have no idea how to get there? Now you can! In this 8-week class, you'll learn how to listen to and play with others, how to set up and adjust amps and drums, and how to arrange songs. You'll learn several songs covering the various essential rock styles. If you're a guitar player, you'll even learn to play a bit of both bass and drums (even if you've never touched either) in order to understand their role in the band.

Scared of performing? Don't worry--this is a no pressure band with an final open rehearsal for your family and friends rather than a full nightclub performance. After this class, you will be prepared to join our Rock Band Program, in a band which performs on stage in a NYC Club. Spots available for Vocals, Keys, Bass, Drums and Guitars Guitarist Requirements: Completed Guitar V: Advanced Beginners or equivalent. Be able to quickly switch between barre chords. Be able to strum entire songs in rhythm without stopping.

Rock Band 101--learn to play in a rock band, and join our Rock Band community. Click below to sign up for a guaranteed spot and begin your rock band journey!

The NYC Guitar School Rock Band Program. Click below to visit our main Rock Band page and find out more about Rock Band 101, as well as Intermediate, Advanced and Custom Rock Bands. 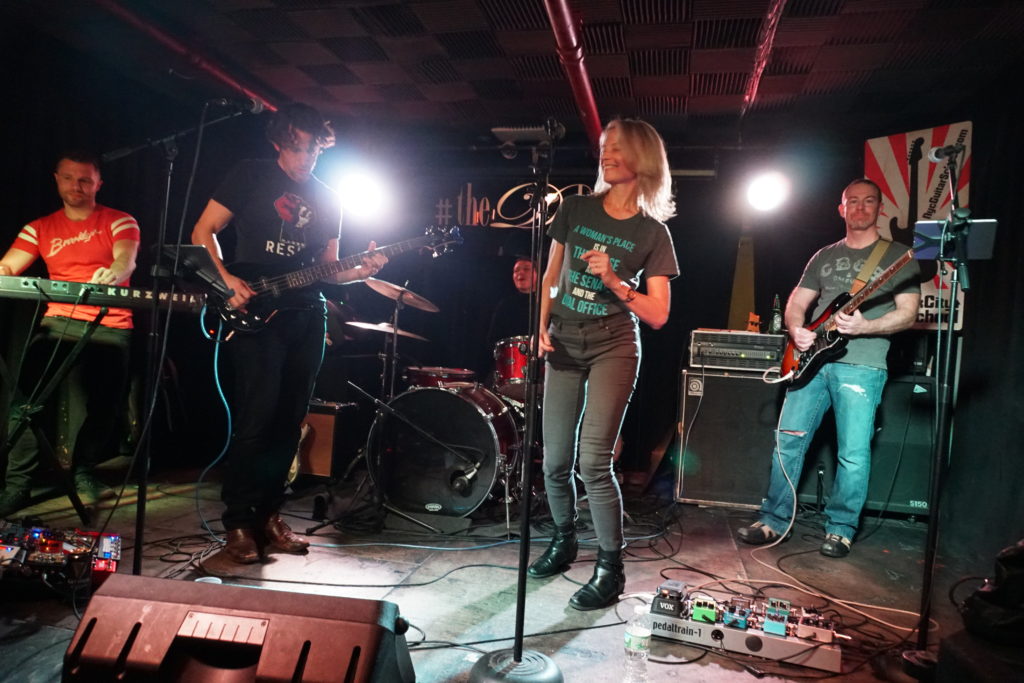 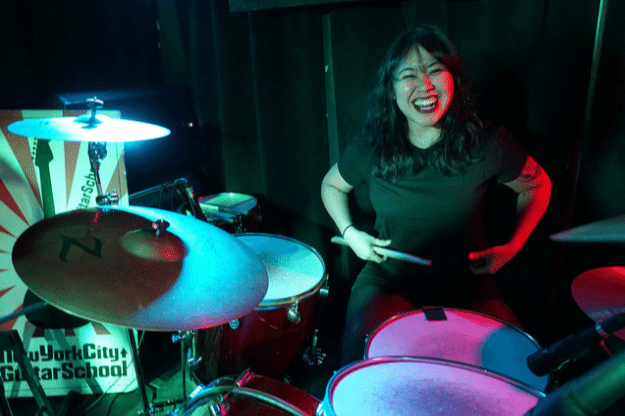