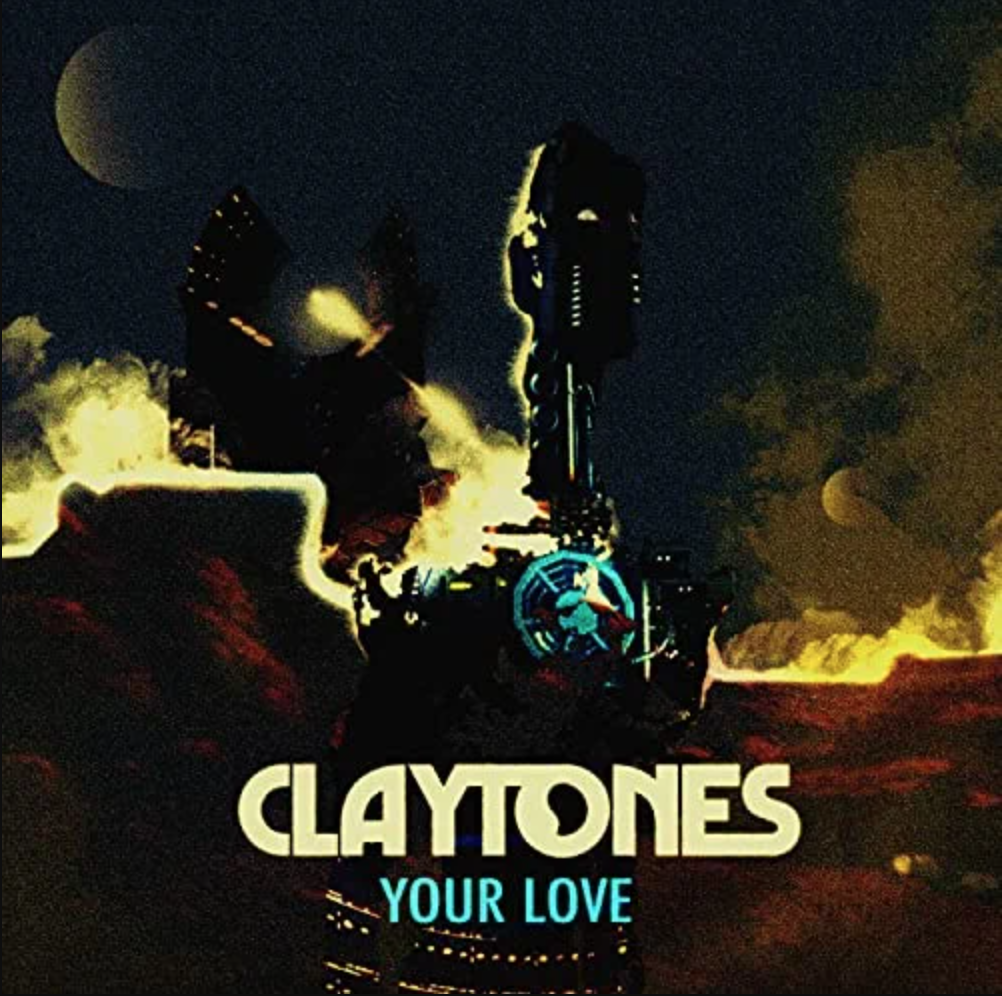 The thundering guitar crunch that opens “Your Love”, the debut single from longtime New York City Guitar School teacher Clayton Hopkins’ new solo project Claytones, perfectly sets the tone for the song’s remaining four minutes. “Your Love” is a full-throttle rock and roll tune painted with the throwback sounds and textures of 80s arena rock, a fact which the song makes known from the moment it starts. It achieves this through the phaser-heavy electric guitar tones, meaty analog synths, robotic vocoder sounds, soaring vocals, and the joyous sense of melodrama synonymous with rock from that era, but seldom heard since the release of Nevermind. “Your Love” is the kind of song that begs to be blasted during the training montage of a sports film, ideally one about skiing or boxing. In other words, it’s the kind of song that the rock world doesn’t even realize how sorely it misses.

Even with all of that being said, “Your Love” is much more than a slavish recreation of music from a bygone era. While the song is brimming with unabashed nostalgia and is sure to bring to mind the work of such artists as Loverboy, Billy Squier, and Sammy Hagar-era Van Halen (all the way down to Hopkins’s high-speed guitar fireworks and piercing upper vocal range), there still manages to be things both unique and innovative about “Your Love”. Perhaps it’s because Hopkins has a luxury the music that would seem to have inspired him did not: the gift of hindsight.

The previously mentioned artists all created their highly stylized rock and roll back in the 80s, but Hopkins gets to do it in the 2020s. The distance of these decades allows him to sift through his influences like an editor with a manuscript, subtly editing the original to suit his needs and the demands of the current marketplace. The production has a tad more punch, the lyrics a tad more darkness, and the tones a tad more gloom than the furiously chipper songs that crowded the airwaves of 1980s rock stations. It’s as if Loverboy had been loaned a time machine that let them peek into the coming alternative rock era shortly before they stepped into the studio to record Get Lucky, and the result is everything you could hope it would be.

Listen to “Your Love” Here

Stepping Back So Kids Can Step Up

I Tried To Get Out Of My Kids' Way For 15 Years. Then I Asked Them "How Did That Go?" I’m excited that Lenore Skenazy, the enthusiastic and...