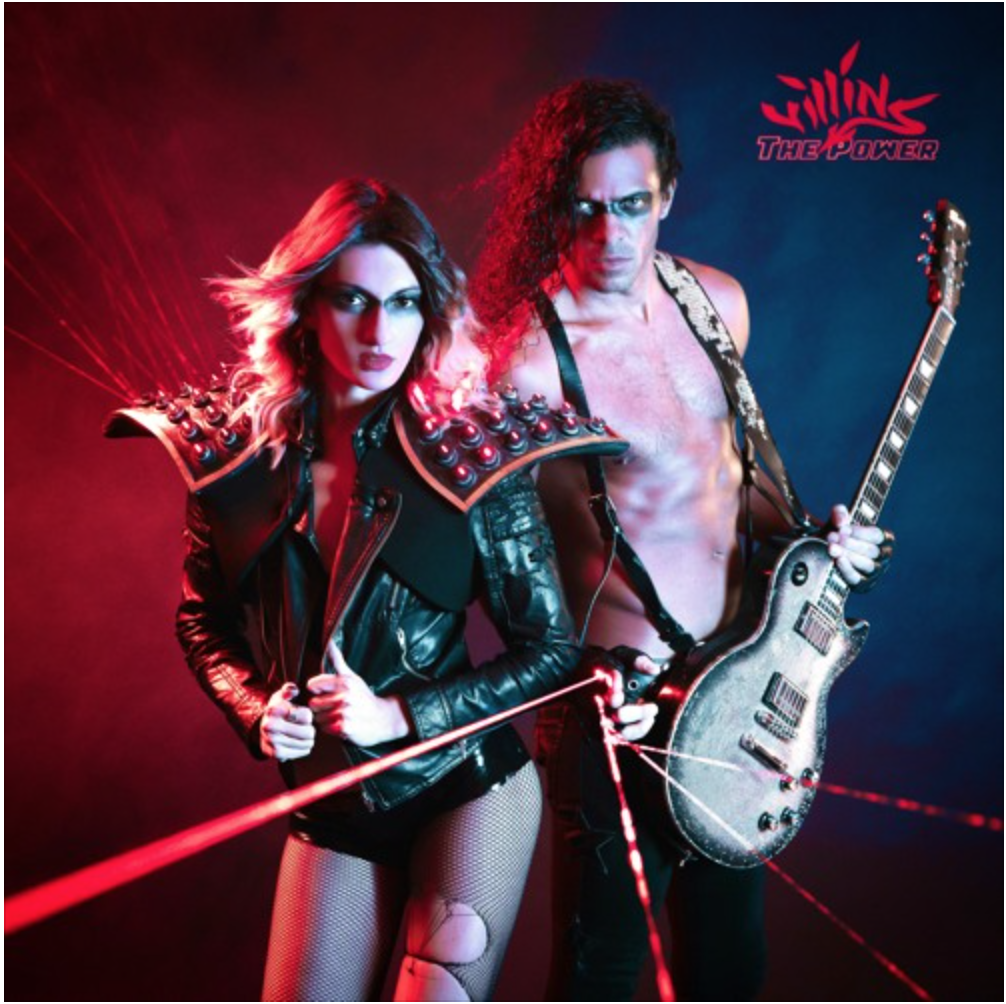 When people talk about pop rock as a genre, they generally think of bands like The Cardigans and early Maroon 5 who bring gentle, radio-friendly hooks and slick production to music whose foundation is otherwise that of a somewhat subdued rock band. However, on their debut EP The Power, NYC-based duo Villins invert that conception entirely. Though rooted in the big beat, sheen production, and simple earworm vocal hooks that have come to define 21st-century pop music, Villins manage to still bring the rock in the most bombastic ways imaginable.

They do this through their use of crunchy riffs, hair metal inspired lead guitar fireworks, and an endearingly flamboyant sense of grandeur. Instead of being a rock band that uses their pop sense to tone down their output, Villins is, at their core, a pop band that uses heavy elements of rock and roll to rev their music into the next gear. The rock elements are largely brought by guitarist and New York City Guitar School teacher Kareem Devlin, who often goes by “Jesus”, a nickname given to him by Lady Gaga during his 2011 stint as her lead guitarist.

It was during his time with Lady Gaga that vocalist Jesyka first became familiar with Devlin’s playing, and the two formed Villins soon after Devlin produced an EP for a former band of Jesyka’s. It is fitting that Devlin’s connection to Lady Gaga would ultimately lead to the formation of Villins, as their sound is in many ways the logical continuation of Devlin’s work with the pop star. This is especially evident after listening to the Lady Gaga track “Electric Chapel” from her 2011 studio album Born This Way, which features Devlin playing the surging, Def Leppard-esque electric guitar riff that serves as one of the song’s main hooks.

From the very first of the four tracks on The Power, Villins vocalist Jesyka channels Lady Gaga’s knack rhythmic vocal hooks with minimalist but effective melodies. But unlike “Electric Chapel”, where Devlin’s guitar is mostly silent except when playing the main riff or his high speed solo reminiscent of Eddie Van Halen on “Beat It”, he is given the chance to really let loose on The Power. His guitar is as central to the accompaniment as Les Claypool’s bass on a Primus song, yet he manages to avoid ever stepping on or distracting from the radio-friendly topline of each track. The Power is more than a collection of rock songs catchy enough to appeal to pop fans; it’s a collection of pop songs edgy and unhinged enough to appeal to the much more stubborn fan base of hard rock fans which is, by just about all accounts, a far more challenging feat to pull off.

Take a listen to the Villians EP, The Power, as well as see more of their work here.