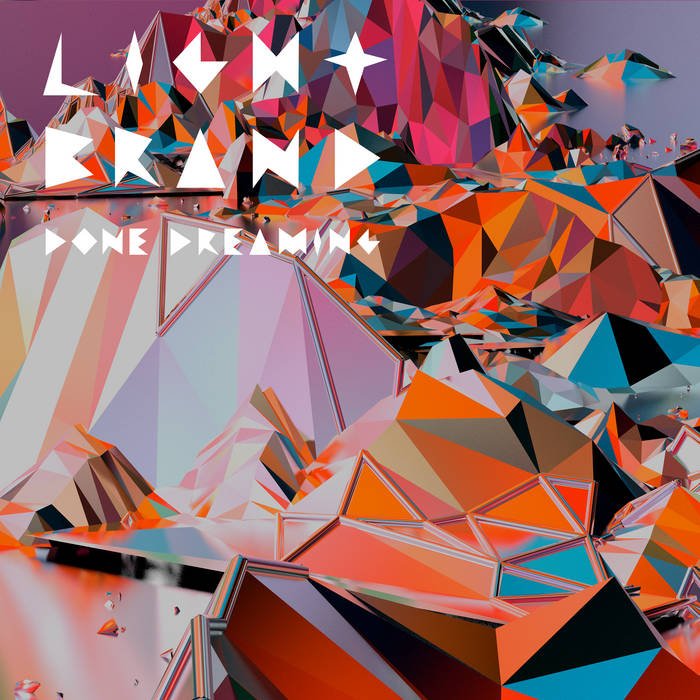 Many in our NYCGS community know teacher David Kuhn for his Led Zeppelin drop-in class, a course advertised by clips of enthusiastic Zeppelin covers by David himself. David’s love of the classic rock juggernauts makes perfect sense when listening to Done Dreaming, the debut album by his band Light Brand, despite the stylistic differences. While Light Brand specializes in a softer, dreamier, jazz-inflected brand of rock, they capture the same knack for linear songcraft, intense dynamics, and, perhaps above all else, sense of the epic.

Done Dreaming manages to cover a fair amount of ground over the course of its seven tracks, two of which are quick and five of which are quite lengthy. This includes the ambient, soulful, and rather psychedelic and very brief intro track “Press Start”, its haunting, mystical follow-up “Let Me Sleep” (which sees the band at among their most Zeppelinesque), the tranquil jazz-rock of “Night Swimming” and “Looking Glass”, the funk-prog instrumental “Roy’s Our Boy”, and more.

The tracks “CLK” and the previously mentioned “Night Swimming” were both written by David about his cousin Courtney Leigh Kenney, who tragically passed away after an accident at the young age of twenty-three. Described by David as “the most inclusive and caring person [he’s] ever met”, the lyrics to both songs are touching, powerful and emotionally raw odes dedicated to “capturing the light she radiated in her life and the pain of losing her”, as Kuhn put it over our communications. However, for all these strong contenders, the album’s highlight track is likely it’s slow-burn of a closing track, “Can’t Run Away”.

Opening with a chimney, spacious, and harmonically ambiguous chord progression, “Can’t Run Away” begins to pick up around the forty-five-second mark, where David injects his strumming with a dose of syncopated funk grooves. However, the track comes to a head on its first chorus, a little shy of a minute and a half in, when the band spits out a swaggering hard rock riff that gives Jake Kiszka of Greta Van Fleet a run for his money as the decade’s preeminent Jimmy Page imitator.

“Can’t Run Away” then goes to the sparser, spacier vibes heard earlier in the song before the chorus riff makes its glorious return. The second chorus is followed by a speed-high speed, extended solo that puts David Kuhn’s guitar wizardry on full display until the band moves on to a driving, ramped up version of its already impressive chorus for the outro. “Can’t Run Away” makes for a climactic end to a climatic album, and for a highlight on an album full of highlights.

This an entry in the NYCGS Community Music Spotlight. The NYCGS Community Music Spotlight exists to give attention to music recordings released by members of our NYCGS community. This includes teachers, staff, and especially students, as well as anyone else who is part of our community. If your part of the NYCGS community and have released music that you would like to see featured in a post like this, please free to reach out to me at benfittsguitar@gmail.com