How Understanding The “Drama Triangle” Can Help Us Parent And Relate More Effectively To Those We Love (Especially When They Are Driving Us Crazy!) 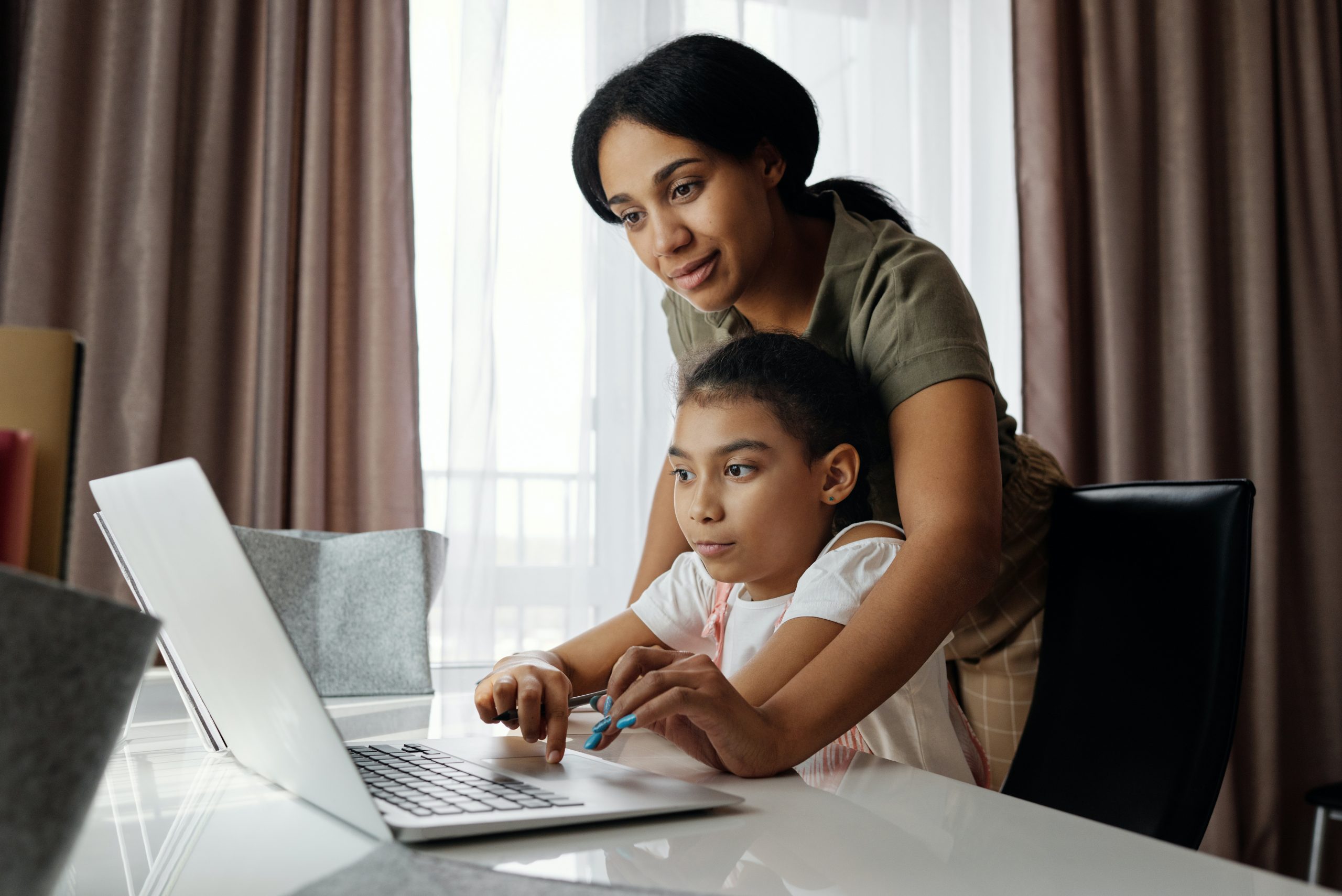 Once upon a time there was a good little princess. She was held captive in a tower by a cruel witch. However, a kind prince rescued her.

Oh, wait–you already heard that one?

OK, here’s another: Once upon a time there was a good kid in quarantine who tried hard at the impossible task of finishing his homework. One parent was never satisfied and yelled at him to stop playing video games (even though his teacher hadn’t posted the assignment on time). However, the other parent gave him a big hug to help him feel better, agreed that the teacher was inept and reminded him that this whole quarantine situation was unfair.

The three players in both of these gripping dramas are actors in “The Drama Triangle”–a psychological concept which is helping me survive quarantine parenting. No, I’m not a trained counselor, therapist, or enlightened being. I’m a pretty good guitar player and sometimes struggling dad. And since this approach is helping me I’d like to share it with you!

The Quarantine Honeymoon Is Over

As tumultuous as the first few weeks of quarantine were, it was a positive time for my family of five. We were fortunate to be healthy, housed, employed and food secure. We were careful and supportive of each other, and my wife (a teacher) and the kids were all on break from school. I was working for 10 or 12 hours a day as the guitar school became an online school, but the home pressure was low. I kept thinking “wow, I really like these people!” I was even fantasizing about working from home for the rest of my life!

Guess what? The honeymoon is over.

Three kids are virtually schooling, my wife is virtually teaching, and the novelty of being in extended close proximity is wearing thin. My kids would desperately like to swap out some dad time for some bona fide friend time and I’m fantasizing about walking into NYC Guitar School and sitting down at my desk to work.

We’re still having a good time–except when we’re not. And when we’re not, we’re not! Most especially, my wife, my youngest and I sometimes seem caught up in a self-perpetuating loop of ickiness. I remembered that years ago I had The Drama Triangle (and it’s corollary, The Empowerment Triangle) prominently displayed in our kitchen. Perhaps it was time for me to revisit the concept!

Karpman’s Drama Triangle is a psychological theory for how people fall into unpleasant and self-perpetuating roles which don’t even solve the ostensible problem (whether homework, financial stress, or marauding bandits). Each of us can and do play multiple parts. Here’s the Playbill.

The Victim: The Victim says “Poor me,” and feels oppressed, powerless and ashamed. The Victim needs a Persecutor to unfairly attack and control them to prove that they are powerless and victimized–and a Rescuer to save them and validate their feelings.

The Rescuer: The Rescuer says “Let me help you.” The Rescuer is an enabler who feels guilty if they don’t help the Victim. By “helping” they can avoid their guilt or anxiety or even feel noble–but their efforts also give the Victim permission to fail.

Luckily, a well adjusted dad like me would never accidentally fall into one of these roles! (Ha, ha!)

How about all three? Because all these roles are actually manifestations of the SAME underlying perspective, and

In my attempt to escape the Dreaded Drama Triangle, I came across a bestselling book called “The Power Of TED” by David Emerald. Emerald explains that all of these negative roles come from the EXACT same three step process. This process can be remembered with the initials F.S.B.–but it can be remembered even better by adding a few vowels to make the mnemonic “FISBEE”.

Here’s how to throw a Fisbee:

FOCUS (“F”) on a problem, from economic uncertainty, to a rude person, or even a child not finishing their homework.

This focus will change your internal STATE (“S”). To what? Probably anxiety! Whether it is anxiety based in feeling disrespected, fear of an unknown future or fear that a child’s greatest ambition is to live in a cardboard box (as long as the box has a broadband connection to Roblox.com), it feels extremely uncomfortable!

Finally, this state drives you to react with a BEHAVIOR (“B”). Importantly, this behavior is not a reaction to solve the initial problem–you’re reacting to improve the immediate problem–the anxiety/fear/guilt/anger/whatever of your internal state.

This theory teaches that whether you or I end up acting like a “victim” (like when I ate an entire box of cookies because this mean old world is super cruel and I badly needed a snack), “persecutor” (maybe yelling at my kid to prove I’m in control), or “rescuer” (“let me get that for you, honey”) it’s ALL based on the same victim mindset:

“Something/somebody MADE me feel bad, and I’m TRYING to FEEL better.”

And of course if one person throws a FISBEE, it’s only natural to throw one back!

Three Steps To Escape The Drama

Living in harmony with others and relating in healthy ways is the unending work of a lifetime. However, when it comes to escaping the Drama triangle, here are three easy places to start: To Escape The Drama, Become Aware Of The Drama. According to Emerald and multiple other psychologists and counselors I ran across in my research, the first step to escaping the drama is to become aware of the drama. Knowledge really is power! Change Your Focus With A Simple Question. Because the drama roles happen when we react to something we see as being done to us, we can change our focus by asking “what do I really want?” A conscious answer like “I want my child to be independent and resourceful” calls forth a whole other set of possible behaviors than a feeling like “gaahhhhhhhhhhhhh!!!!” Start With Yourself. Our loved ones have emotions, priorities, and perspectives that are different than ours. We can’t control them even though their judgment (clearly) is way inferior to ours. They can’t even read our minds! So what should we do when they are the ones with a messed up mindset who constantly act like victims, persecutors or rescuers? Simple, say Emerald and others. Focus on our own, uh, focus–and behavior. After all, we’re players in the drama–and without us, the drama might just get a little less dramatic. (Yes, you can also share information later, like I did when I taped the Drama Triangle to the kitchen wall.) Just a few minutes ago I had the chance to test these steps out, when one of my beloved offspring entered my workspace to express with some heat that they had indeed completed their laundry. My viewpoint was different, and I could feel a rising impulse to play out The Drama Triangle with an accusation of malingering and disorganization. But feeling conscious, I could also see the humor in the situation and instead gleefully asked, “then why aren’t you wearing pants?” Somehow, asking this with joy and curiosity was much more effective than getting mad! Curtain dropped on the drama as we both cracked up! This moment in history, like others, will end. But human relationships won’t, even when we’re not in close quarters. Hopefully we can all spend a little less time acting in dramas, and a little more time relating directly to the people we know and love.

I found this book helpful: https://www.amazon.com/POWER-TED-EMPOWERMENT-DYNAMIC-Anniversary/dp/0996871802

This article is focused on extreme family situations, but is a good reference: https://www.bpdfamily.com/content/karpman-drama-triangle 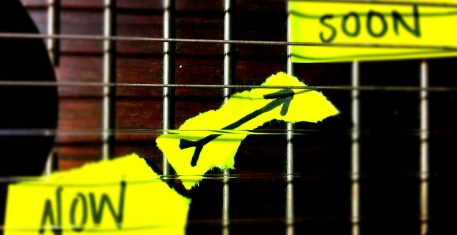