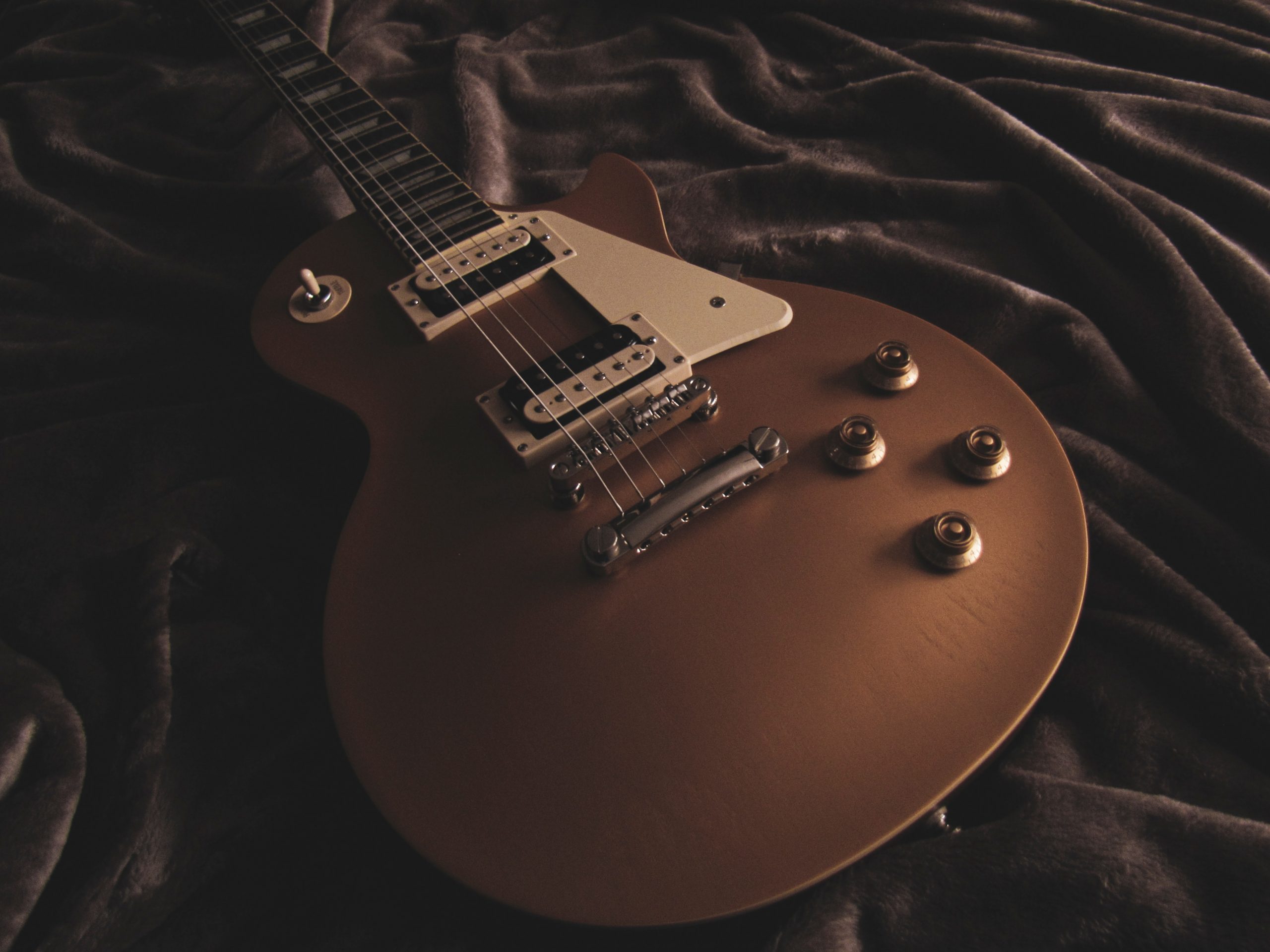 Tapping is a dazzling guitar technique with tons of flair that’s an awful lot of fun to play. But despite all its flash, tapping can be a tricky technique to integrate organically into your playing. There are many different exercises, tricks, tips, and techniques to help guitarists overcome this challenge, but in this piece, we’re going to looking at one of my favorites. There isn’t a good formal name that I’ve encountered for this technique (I anyone reading happens to know one then please leave it in the comments, I want to hear it!), but I’ve always referred to it as “tapping picking”. This is not to be confused with the similarly named and much more common technique “pick tapping”.

The first step in tapping picking is to find a scale shape in the key you’re playing in that is somewhat lower on the guitar neck. All notes in the scale shape should preferably be below the 10th fret, although it’s not impossible to work around a shape where a few of the notes go past that point. If you don’t know any major or minor scale shapes in your chosen key on that part of the neck, then feel free to dip into any mode shapes you may know that would do the trick.

In the example below, I’m going to keep things simple and stick to the key of A minor. I’m going to use the typical A minor scale shape, starting on the 5th fret of the 6th string. You can see the whole scale shape tabbed out below.

The A Minor Scale

Try playing through your chosen scale shape, but instead of placing your picking hand where you ordinarily would on your guitar, try placing it about twelve frets up from the start of the scale shape you just played. For example, since I was playing an A minor scale starting on the 5th fret, I’d be placing my picking hand over the 17th fret. Play through the whole scale picking over this spot on the fretboard.

It’s a little easier said than done; chances are that you’ve formed some degree of muscle memory picking over the body. As you pick over the fretboard instead, you might notice your arm wanting to slide down to its usual spot on the guitar. Because of this between your muscle memory and your intentions, it’s not unusual for your playing to be a bit sloppier than usual when you first try this. Don’t let this discourage you; it’s totally normal and will get easier the more you practice picking on the fretboard. Just keep practicing picking on the fretboard until it starts to feel a bit more natural, and you’ll be fine. I recommend not just playing the scale up and down, but also jamming on it a bit while picking this way to put everything in a musical context.

On a side note, your tone will get bassier when you pick on the fretboard. If you’re playing an electric, an easy way to compensate for this is to dial in the treble on your amp or to switch to your bridge pickup. Or, if you so choose, you can always lean into the bassier sound instead.

Once you’ve gotten the hang of playing the scale while picking on the fretboard, slide the entire scale shape up by exactly one octave. This means that you are going to raise the scale by twelve frets, thus starting the scale on the fret that you were previously picking over. For example, as I was playing an A minor scale starting on the 5th fret, I’m not going an A minor scale an octave up, starting on the 17th fret. As it is impossible to this higher scale shape up another twelve frets, you may place your picking hand where you normally would over the body.

An A Minor Scale Up An Octave

Play through the scale shape in the upper octave until you feel comfortable with it. Once you feel solid with both scale shapes, then you’re ready for the next step: putting them together.

The scale in the lower octave is going to essentially function as your bass scale. That scale you are going to play almost normally, with the only exception being the fact that you’re going to be picking over the fretboard instead of over the guitar’s body. The lower octave scale will likely serve as the foundation for most of what you come up with using this technique, and the notes in this scale shape are going to be fretted by your typical fretting hand.

The scale in the upper octave is going to function as your “tapping scale”. You will play the notes from this scale by tapping them with the hand that is typically your picking hand. You can think of this scale as fulfilling the role that your right hand would when playing the piano.

Try jamming using these two scales while sticking closely to each scale’s respective role. This means you’ll be picking the notes from the lower scale, and peppering in notes from the upper scale by tapping them. Luckily, it shouldn’t be very challenging to tap the notes in the upper scale, because your picking hand is already in position (that’s the whole point of picking the bottom scale on the fretboard twelve frets up). All you need to do is jam on the scale as you usually would, and occasionally extend your index finger to add a note or two (or more, if you feel like) from the upper scale.

Once you feel solid with this technique, try writing a riff or other phrase using it. Written out below is an example of a simple riff written using this technique, sticking two the two A minor scale shapes shown above. The tapped notes are notated with a “T” above the staff.

Once you’re confident in your abilities to do the technique on its own, try mixing it in with your ordinary playing. By this, I mean picking your guitar as you ordinarily would over the body, then sling up your picking hand onto the fretboard during the period of time in which you engage with this techie. Then when you’re done, slide you’re picking hand back to its ordinary position again. Once you can do all of that smoothly, then you’ve really gotten a hang of there is to tapping picking!