While learning new chords can often be daunting, even the trickiest chord shapes can feel not so scary when you’re able to relate them to shapes you’re already comfortable with. Any chord shape can be mastered with enough practice and elbow grease, but you might be surprised to learn just how many chord shapes are out there where you’ve already put in the bulk of the effort without even knowing it. In this article, we’re going to go over some chords that you may not know but are very similar to two chords that you probably do: C and Am.

Chords Based On C

In order to play a Cadd9 chord, start by playing an open C-major chord as described above. Once you have the shape, add your pinky to the 3rd fret of the 2nd string. And that’s it, you’re playing a Cadd9! You can either leave your index finger down or remove it. It makes no difference, as the note on the 2nd string that will sound out will be the 3rd fret either way. However if you leave your index finger down, then it’s super easy to quickly switch back and forth between your C and Cadd9 chords which can sound really great. 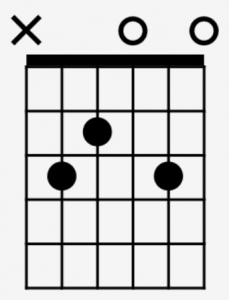 To make a C-major7 chord (commonly abbreviated as Cmaj7), you’re essentially going to do the opposite of what you did to make a Cadd9 chord; instead of adding a finger, you’re going to remove one. Start by playing the C-chord as described above, but take your index finger off the guitar, leaving the 2nd string to ring out open. And that’s all there is to it! The Cmaj7-chord while work about two of every three times that you see an ordinary C-chord used, so it can often make for a good substitute. 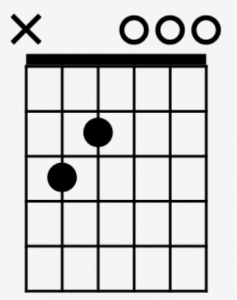 This chord might be just a little bit rougher on your fingers than many of the chords you may know at this point, but it sounds good enough that’s is definitely worth it! It’ll work about one in every three times you see an ordinary C-chord listed, but it sounds different enough from an ordinary C-chord that I’d recommend generally sticking to the chord that’s written down. 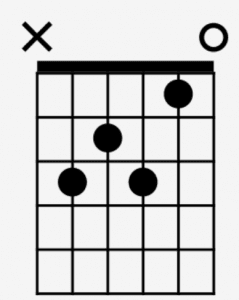 Chords Based On The Open Am

In order to play an open Am7 chord, starting by playing the Am shape described above. Then remove your ring finger, allowing the 3rd string to ring out open. And there you have it! The Am7 will work everywhere that an Am-chord will and all but the rarest circumstances, and the chords’ sonic similarities allow the Am7 to make a great but subtle substitution for a plain old Am-chord. 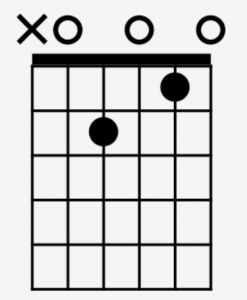 An A-suspended second chord (or Asus2) is created similarly to an Am7. Your are again going to be starting with the previously described open Am chord, but instead of removing your ring finger the 3rd string, remove your index finger from the second string and allow it to ring out open. An Asus2 chord has a pretty different sound than an Am, but it’ll work in most places that an Am chord would (and almost all places that an A-major chord would). This means that while substituting an Asus2 chord for an Am or A-major chord would likely change the sound of the progression somewhat considerably, it is in most cases an option worth remembering. 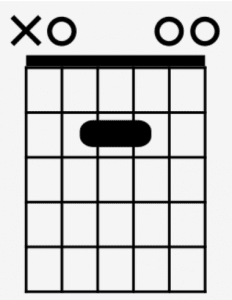 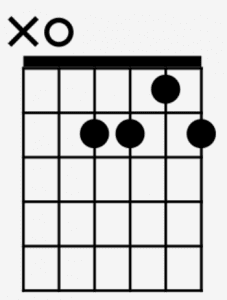