Chord of the Week: E augmented

Chord of the Week: E augmented 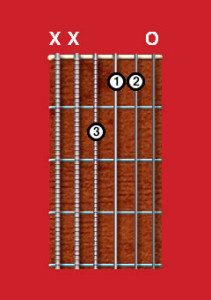 Augmented chords are made by raising the fifth note of the chord one half step. By themselves they sound pretty terrible but in context they can be great, as long as the tension they create is resolved. Check out Oh Darling by The Beatles. The first chord is an E augmented which just kind of hangs there at war with itself until it’s beautifully resolved to the first chord of the song. Of course every augmented chord likes to go to a different place, the E augmented likes to resolve to A. Give it a listen!

You Should also play this chord whenever you want to feel like you’re in a James Bond movie because it’s full of espionage style tension (not to be confused with the actual James Bond Chord – coming soon to chord of the week).?

Ok, that’s all for now. Have fun and keep practice lots!