by Tom Shackleford
0 Comment
Get Started Now. View Upcoming Classes
Our chord of the day is an alternate version of D over A (D/A). It’s an alternate version of a normal D chord played with an open A string. In this case both E strings aren’t played and the F-Sharp is brought up from the high E (like in a normal D chord) and played with the 3rd Finger on the D string. It’s a great way to play a D/A in case you’ve popped your high E string in an epic jam! It can be heard perfectly as one of the two main chords in ‘Lick It Up’ by KISS. 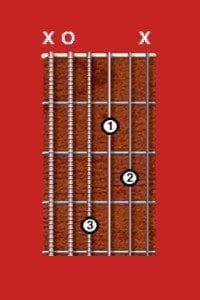 FYI! Here’s the way a normal D/A is played. It’s a normal D chord with an open A string added to the strum! 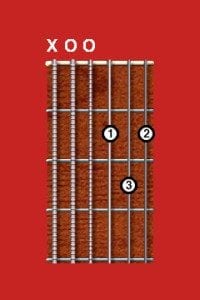