Are Guitar Lessons Really Worth It?

Home News Blog Are Guitar Lessons Really Worth It?

Are Guitar Lessons Really Worth It?

When I’m in a social setting and I tell someone that I teach guitar as part of my living, the first question is often whether or not I’d be willing to teach them for free. But upon learning that I’m not willing to do so, their second question is almost always the same: “So, are guitar lessons really worth it?”.

It’s a question that gets asked a lot because it’s one without an easy answer. Many of us have heard tales of how guitars legends like Jimi Hendrix, Jack White, and Eric Clapton were/are entirely self-taught players. We’ve heard how Dizzy Gillespie never had any formal instruction on the trumpet and how Frida Kahlo taught herself to paint through grueling trial-and-error. There’s certainly a conception among many that true greatness is an inherently innate thing that can’t be taught or found, but rather simply exists or doesn’t exist within each individual. But in my experience, the people who believe this tend to be the sort of people whom have never taken the time to become particularly good at anything.

The fables of those iconic autodidacts are often told in such a way that implies these were people were little more than sentient meat bags whose flesh existed primarily as a vessel for talent it could barely contain and was bound to burst out at some point, no matter what they did. However, this notion can be contradicted by anybody you know in your personal life whom possess a high-level skill, whether or not they were ever formally trained in that skill. If you know that person well, then you probably have some idea at how hard they toiled developing that skill. At the very least you are probably aware that their skill wasn’t something hiding initially inside them, waiting for an opportunity to show itself, as some would believe.

This idea of innate ability can also be contradicted by actually looking into the lives of the icons to whom it often applied. Jimi Hendrix practiced guitar so obsessively that he would even keep one hanging off his body by a strap as he cooked his meals, so that he could find little bits of time between cooking tasks to jam or to run whatever it was he working on at the moment. Hendrix practiced guitar so rigorously that the thought of being away from it long enough to cook dinner was more than he could even bear.

All of that can be boiled down to my long-winded way of saying that this idea that you either innately have “it” or don’t is simply not true. Some people will try to use that theory to insist that lessons are about the educational equivalent of a jar of snake oil, but the truth is that no matter what it is you are trying to become great at, there is simply no substitute for hard work and devotion.

Here’s how all of that is related to the age-old question, “So, are guitar lessons really worth it?”.

Signing up for guitar lessons isn’t the same as gulping down a magic potion that will suddenly make you put in all of the necessary work to become a strong player, but it’s a great first step. The weekly scheduled time can act as a chronological landmark, around which your own practice habits can be both formed and reinforced. If you’re the right sort of learner, the knowledge of an upcoming lesson can anchor your routine and help you strive to keep on practicing at a time when you otherwise might have let yourself slide. However to most students, the reinforcing of a practice schedule is only a minor perk when compared to the overall benefit of lessons.

I would try different things out, hoped that they would sound cool, and would then take note of what I just played on the uncommon occasions that they actually did. It’s true that my formal training on guitar helped guide me through the similarly designed, also fretted instruments of bass and banjo, and that my access to the internet was a tremendous resource, but even with those advantages teaching myself was still a slow and tedious process.

But if teaching myself bass and banjo was like wandering around in the dark, then my weekly guitar lessons were like having that guy with the beard and bright lantern that you see on Led Zeppelin posters show up and guide me to where I wanted to go. The information I was after was neatly provided to me, but more importantly, there was a patient professional there to help through the process of understanding it and applying it to my instrument. As you might imagine, this was quite a more efficient way to learn than the hazy, trial and error methods through which I taught myself those other instruments.

Guitar remains my main instrument, it’s what I formally studied when earning a music degree, and has become the primary way I support myself as an adult, but the truth is that I still feel like it took a whole lot less work to get to where I am on guitar than it took to acquire my middling abilities on bass (and I’m still very much a novice on banjo). I still had to put in many, many grueling hours of practice and in the process missed out on probably quite a few fun things to get to where I am as a guitarist (as I said before, there is no substitute for hard work), but every part of my being knows that the hours would be all that more grueling and the fun things I missed out on that much more numerous if it were not for all the great teachers I had had over the years to help show me the way.

So the truth is yes, you can become a great guitar player without so much as a single professional lesson, and as a result probably save some money in the long run. Players like Hendrix and Clapton are proof of this fact. But if that’s the road you’re thinking of venturing down, please know that it is an arduous and frustrating one, filled with murky answers and devoid of any sort of structure or accountability. If that’s a challenge you believe you’re up to then all the power to you, but for most of us, myself included, finding myself a good teacher who truly cares about your improvement is just the practical thing to do, and I remain very glad that I did so. 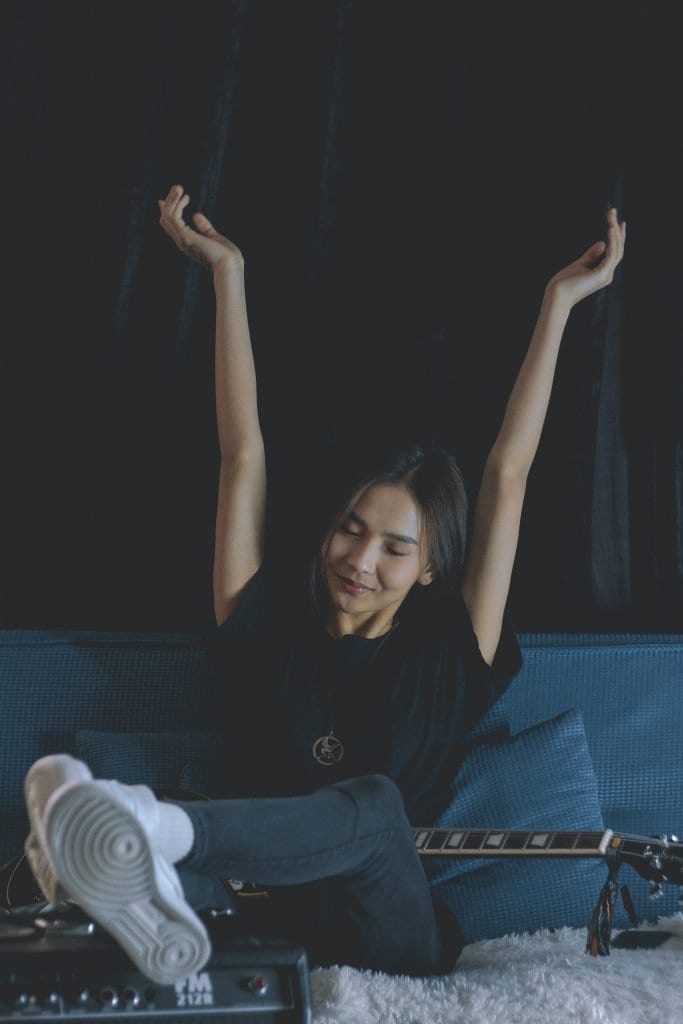