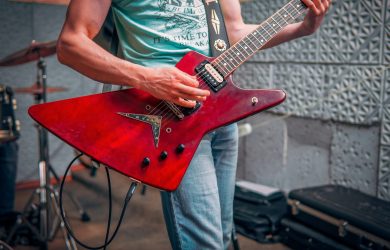 0 Comment
When trying to write a riff, the sheer amount of options available can be pretty daunting. You can play literally anything, which sometimes makes it hard to know where to start. As a result, it can be an easy temptation to revert to muscle memory and turn out more riffs that are rather similar to things that one has already written.  This can make writing songs in riff-dominated styles like metal a particularly taxing process. I’ve often found that self-imposing a set of limitations to narrow down one’s options can be a great way to jump start the creative process. There are many great exercises that involve exactly that, but in this piece, I’d like to get into one of my favorites. In this piece, we’re going to learn some exercises to write metal riffs in drop tunings and entirely within the confines of the final mode, the Locrian.  The first step is to tune your guitar to a drop tuning. Drop tunings involve tuning the 6th and 5th strings a perfect fifth apart from each other, as opp
Continue Reading ? 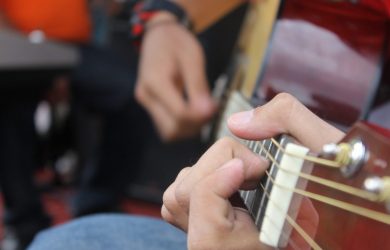 0 Comment
Building your own chords can be a great way to find new chords to incorporate into your guitar playing and songwriting, as well as make a fun exercise to practice your music theory skills. I find myself chord-building often, both when trying to find a new chord to put into something I am working on or just for fun when I’m sitting idly around with a guitar in my hands. The following is a step-by-step guide to building your own chords. It is written for an intended audience of guitarists with at least a basic understanding of music theory, but many of the concepts discussed here are applicable to other musicians as well.    Building A Foundation When building chords, a great first step is to build a triad that will serve as the skeleton of your chord. Triads are little, three-note chords that contain the bare minimum amount needed to create a chord. Most chords you know that contain at least three unique pitches (so power chords are out) can be stripped down to the triad that
Continue Reading ? 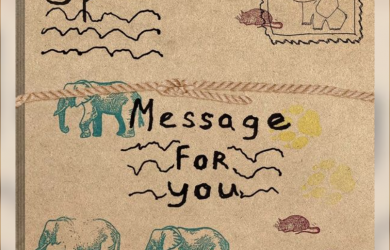 0 Comment
The opening section of the opening track on Message for You, the new album from NYCGS student Ed Ciocys, sets up the album’s following thirty minutes perfectly. The track is titled “The Sun Will Rise Tomorrow”, and its instrumental opening is led by an authoritative acoustic lead guitar playing a bittersweet melody that instantly invokes the dusty, pensive aesthetics of modern americana and indie folk. Ciocys’ voice joins the ensemble soon after, and his sincere, understated vocals complement the sparse accompaniment admirably. Ciocys’ down to Earth and conversational vocals are both one of the few constants of Message for You, as well as the heart of the album’s charm.  Message for You is the fourth album released by Ed Ciocys under the name Op Ed, which is Ciocys’ favorite musical alias, although not his only one. Message for You, like the previous three Op Ed albums, was recorded by NYCGS’s own Tony Calabro at Astoria Park Recording, the studio located in the Quee
Continue Reading ? 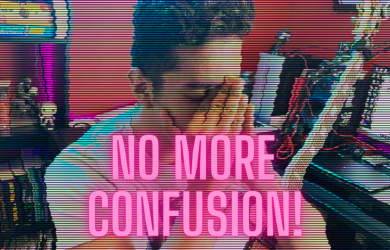 Use Inversions To Unlock The Guitar

0 Comment
Why Are Inversions So Important? After getting past the beginning stages of guitar (open and barre chords, strumming patterns, learning songs) playing rhythm starts taking a back seat. For many, lead guitar becomes too appealing to ignore. Improvising and learning solos is a no-brainer when compared to repeatedly strumming the same chords over and over. Did You Know That You Can Improvise with Chords? This is where inversions come in. They are the key to unlocking the fret-board. The days of playing the same chord loops are gone. The possibilities become quite endless, the only limits will be in your imagination. Chord inversions are not only practical for rhythm guitar but for lead as well.  Being able to visualize chords all over the fret-board is key when it comes to melodic soloing. In other words, to increase the quality of your solos it comes down to hitting the right notes at the right time, not just playing scales. This can be easily done if you can see chord shapes all over th
Continue Reading ? 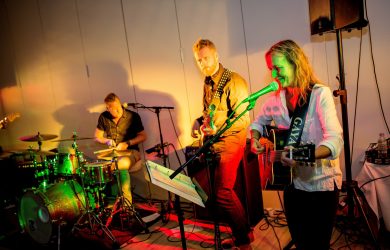 0 Comment
We spend a lot of time and attention on learning how to play improvised solos. When we think of improvisation in music, the first image that likely comes into our heads is of a soloist tearing through scales and arpeggios. It makes sense that the focus is on improvising solos; not only are improvised solos integrated into otherwise pre-composed to a degree that other would-be improvised elements are not, but they’re an awful lot of fun to play. However, soloing is only a small part of what one can do with improvisation.  Chances are that you improvise things other than solos often. Whenever you come up with a riff or some chords off the top of your head, that’s an example of improvisation. Whenever you’re jamming with a friend and you’re playing something other than a pre-written song, that’s an example of improvisation. However, many guitarists approach these things more by feel than by any sort of practical methodology, as they do with soloing. This article will give you some strat
Continue Reading ? 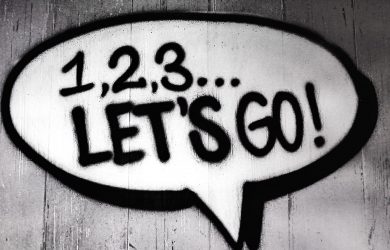 Practice is Changing Our Brain and We Are Always Practicing

0 Comment
Don’t Have Time To Practice? I’ve Got Good News And 1 Question.   The Good News Is That You ARE Practicing—All The Time. The Question Is: What Are You Practicing?   LEARNING = PHYSICALLY CHANGING YOUR BRAIN When you practice guitar—or learn any new skill—you are changing the physical structure of your brain in significant ways.  As you learn, you trigger incredible numbers of processes with complicated names resulting in dense, luxuriant and interconnected physical changes inside your skull!  Imagine watching a jungle grow in your mind.   Totoro Growing Plants GIF from Totoro GIFs   You sprout axons, your myelin thickens, your dendrites grow branches, you add connections between neurons—and even your number of neurons, the shape of your neurons, or even the size of different areas of your brain can change. Your brain has changed! This amazing attribute of the brain to change is called brain plasticity. Our brains are always changing. Brain plasticity does
Continue Reading ? 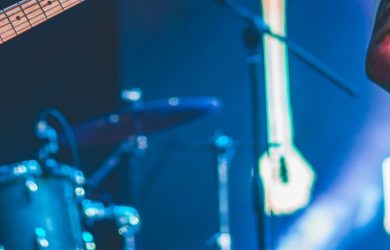 0 Comment
When we first learn how to play guitar solos, we’re generally taught to stick to the confines of a specific scale shape. As we progress, we learn how to break out of that initial scale shape and into other shapes all across the fretboard. Yet, no matter how many different places across the guitar we learn to play in the key of A-minor, there is still this somewhat unquestioned conviction that we should never stray from the safety of the key. The notes that are outside of the key and don’t fit into any of the patterns we learned are regarded as forbidden.  While it remains unclear what exactly happens if we play these forbidden notes, the results are sure to be calamities of horrible dissonance with catastrophic consequences for those guitarists careless enough to play a note not included in our nice, safe scale shapes. Or at least that’s how it really feels sometimes. As guitarists, we spend so much time memorizing patterns devoted to teaching us what notes we can play that
Continue Reading ? 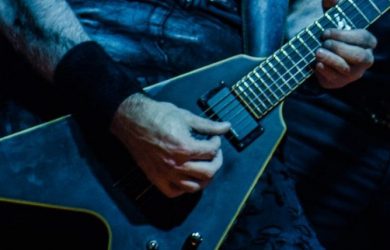 0 Comment
With its evil atmospheres, buzzy lo-fi recordings, striking costumes, and lurid history filled with arson, Satanism, and murder, black metal has long been one of the most polarizing of metal’s many genres. The genre has its roots in a loose collection of widely spread European bands, which were retrospectively named first wave black metal and included such bands as Switzerland’s Celtic Frost, Denmark’s Mercyful Fate, and, perhaps most significantly of all, England’s Venom. However black metal did not evolve into a self-identified movement until the early 90s, when a small and close-knit community of Norwegian bands codified the genre into the distinctive sound widely associated with it today. Since then, black metal has evolved in many different directions, including into such subgenres as war metal, symphonic black metal, and blackgaze, among others.  Black metal’s lo-fi audio aesthetics and focus on atmosphere over raw power have made it one of the few metal genres to lend itsel
Continue Reading ? 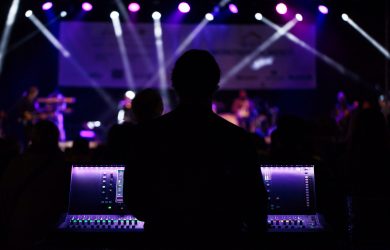 0 Comment
Maybe I’m being overly optimistic, but it really seems like we might be gearing up to return to normalcy. I’m counting down the days until my second shot will have been in my arm long enough that I’ll be as immunized to coronavirus as currently possible, and I know that many people around me are doing the same. It’s been a rough year, I’m hoping that normal life might return with just enough of a bang to make up for it. But for everything I’ve had to give up because of this pandemic, the single thing I miss the most just might be live music, both as a performer and as a frequent audience member.  However, I think that there’s going to be much more to participating in the return of live music than simply waiting for it. Live music is going to be different when it first comes back, as will your participation in it. In this piece, I’m going to go over what I believe are the three most important things you’re going to have to do safely and happily attend shows again in the near(ish) f
Continue Reading ?
‹ Previous1234567Next ›Last »