A Guide To Purchasing Your First Electric Guitar: A Guide To Fender (Part 2)

Home News Blog A Guide To Purchasing Your First Electric Guitar: A Guide To Fender (Part 2)

A Guide To Purchasing Your First Electric Guitar: A Guide To Fender (Part 2) 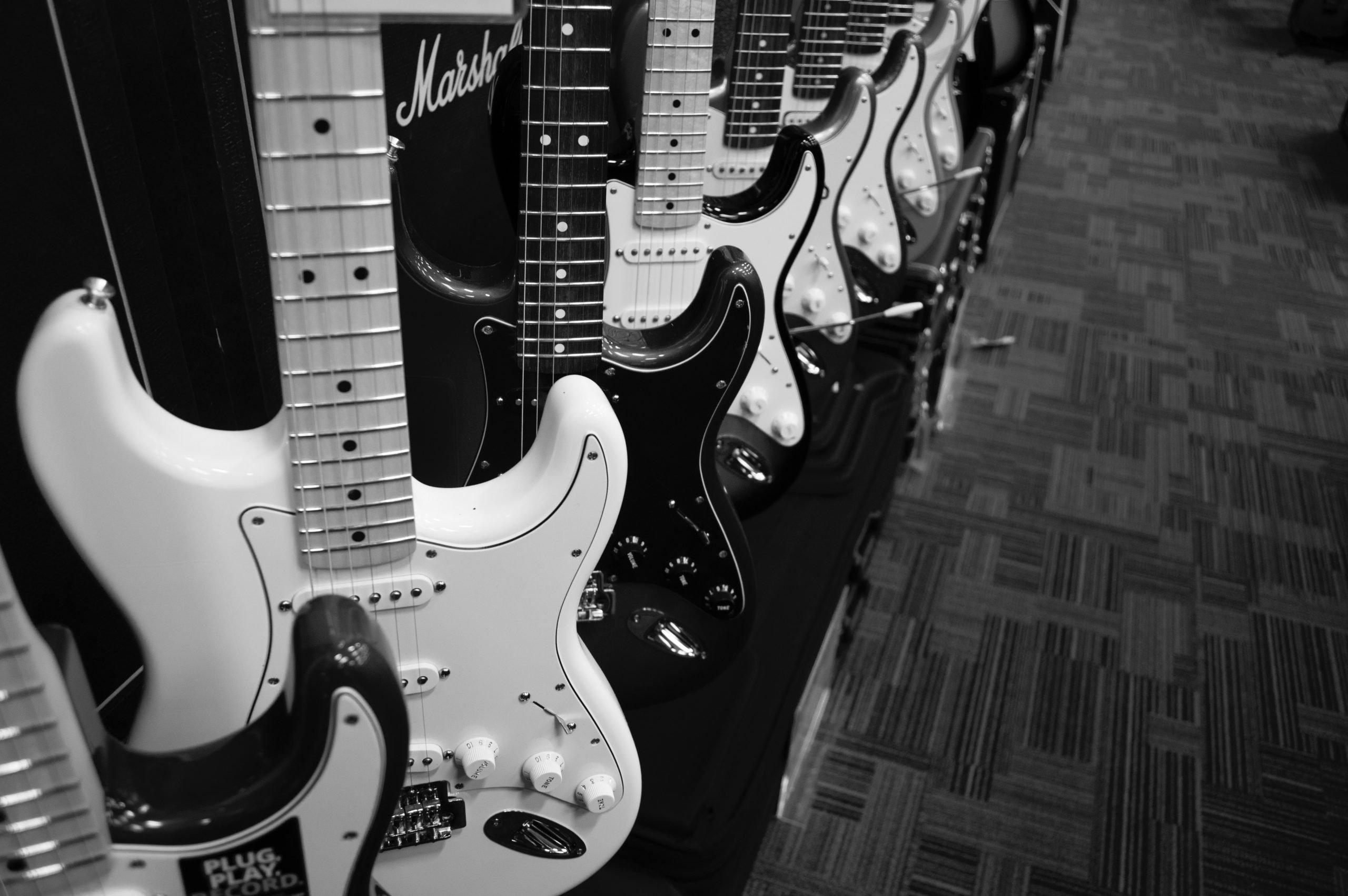 “What electric guitar should I buy?”

Buying a new electric guitar is always exciting, but it can also feel pretty overwhelming with all of the options currently available to you. In this piece I am going to profile some popular Fender guitars currently on the market. If you have trouble understanding some of the terminology or “guitar-speak”, feel free to read through my related piece where I discuss all that stuff in detail here. Also please feel free to look out for my upcoming piece exploring Gibson guitars.

Fender guitars are known for their bright, punchy sound and are used in a wide variety of styles. They tend to have long scale lengths, light-weight tonewoods, and single-coil pickups, although exceptions exist to all of three of those. In the piece we’re going to look at Fender’s three biggest models.

On to the guitars! 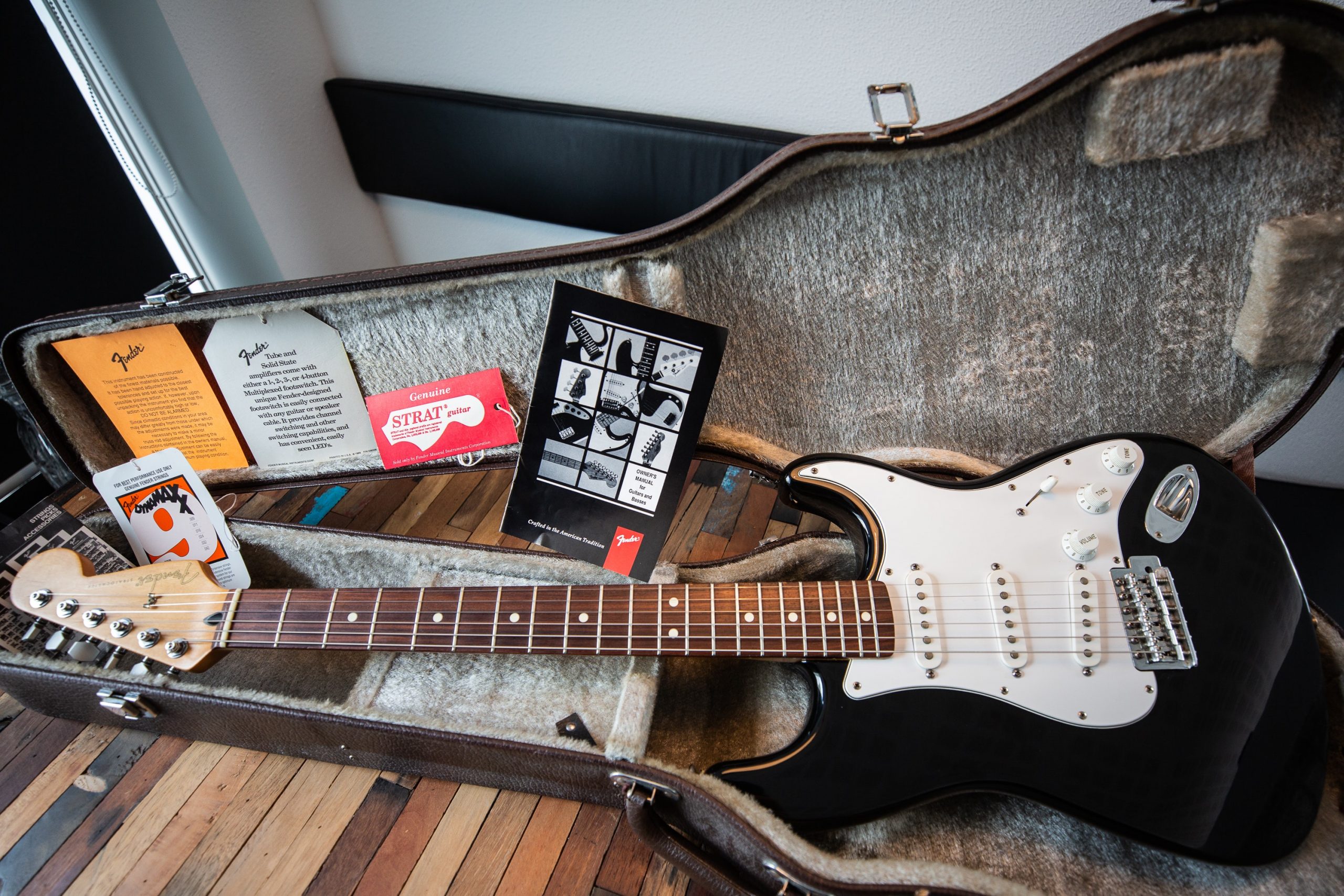 The most popular electric guitar in the world, the Fender Stratocaster is known for its distinctive, bell-like tone. The Stratocaster packs plenty of high-end between its long scale length and light-build woods, but it has a lot of tonal variety due to generally having five possible pickup configurations. Stratocasters generally have three single-coil pickups, but versions with one or more humbuckers exist as well. Another key feature of Stratocaster is the versatile and capable whammy bar that comes pre-equipped on just about every model out there.

Stratocasters are popular among rock, blues, and pop players, but have made their way into just about every genre that features guitars. Notable players include Jimi Hendrix, Eric Clapton, Deep Purple/Rainbow guitarist Ritchie Blackmore, Stevie Ray Vaughan, Pink Floyd’s David Gilmour, Bonnie Raitt, Robert Cray, Dire Straits guitarist Mark Knopfler, Debbie Davies, Buddy Guy, Iron Maiden guitarists Dave Murray and Janick Gers, and far too many others to name here. The Fender Stratocaster is a great choice for a player looking for a very versatile guitar with a bright sound that can handle some distortion and has a whammy bar. 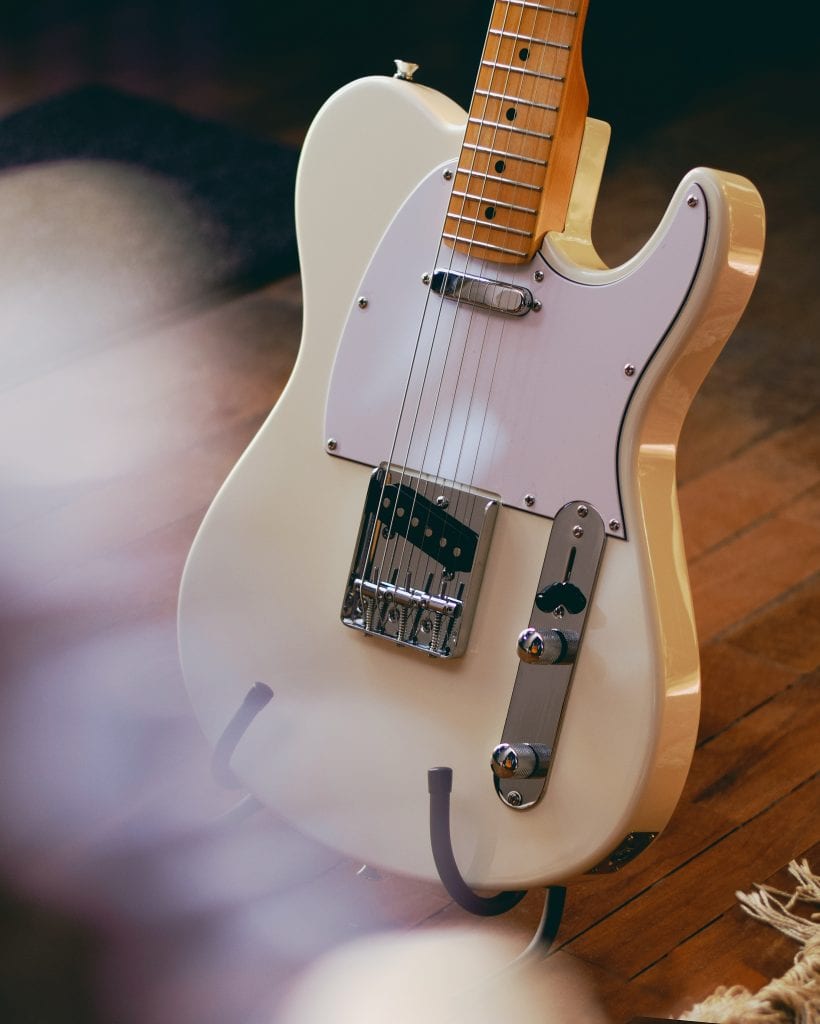 The precursor to the Stratocaster, the Fender telecast is known for its snappy, in-your-face guitar tone. It has one of the brightest electric guitar sounds out there and sounds great both clean and with distortion. Telecasters generally come with two single-coil pickups, but variations with humbuckers and/or a third pickup exist as well. There is also a long-history of semi-hollow telecasters, that sound a bit sweeter and a bit less snappy than more typical their solid-body variants.

The cheapest Telecaster from Fender’s 2020 line is the Bullet Telecaster, which has a list price of $179. If you have the budget for it, my recommendation would be to pick up the Player Telecaster HH, which has a pair of humbuckers instead of the typical single-coils and can be purchased for $699.99 here. 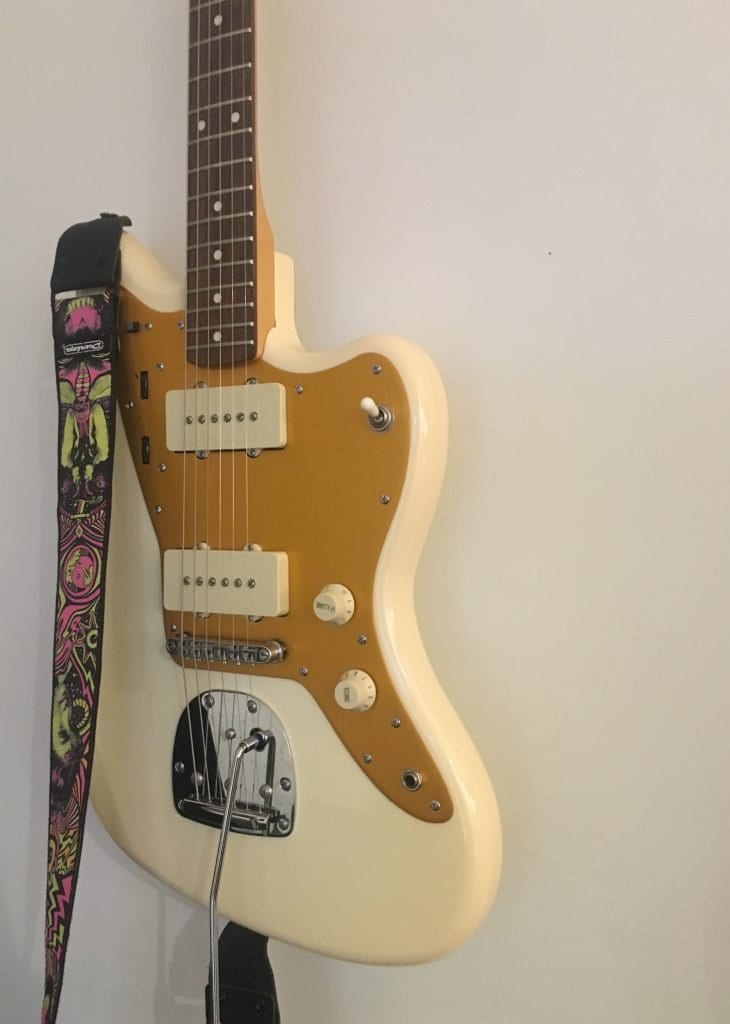 The most popular of what are known as the Fender offset guitars (which also includes Jaguars and Mustangs, among others), Fender Jazzmasters are known for their light and instantly-recognizable jangly guitar tone. Although Jazzmasters are as bright as anything else to be found in the Fender line, they don’t have the snappiness or shrillness of Telecasters, instead favoring a softer, breezier tone with crystalline clarity. Jazzmasters typically feature two distinctive (and Jazzmaster-specific) single-coil pickups, light-construction woods, and a stiff but powerful whammy bar. Additionally, Jazzmaster’s super clear tones go great with many effect pedals, and make them the favorite guitar of pedalheads across the world.

Fender Jazzmasters have been the go-to guitar for both surf rock players of the 60s as well as for guitarists in more contemporary indie rock scenes, although they have never really found much traction in the world of jazz for which they were initially intended. Notable Jazzmaster players include Sonic Youth guitarist Thurston Moore and Lee Ronaldo, The Cure’s Robert Smith, Chelsea Wolfe, J Mascis of Dinosaur Jr., The Smiths/Modest Mouse guitarist Johnny Marr, Kevin Shields of My Bloody Valentine, Camp Cope guitarist Georgia Maq, and Don Wilson of the Ventures. The Jazzmaster is a great guitar for a player looking for a tone that is both bright and breezy, is interested in the textural side of guitar playing, and is prone to experimentation. 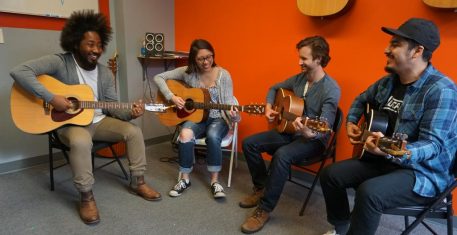