A Guide To Amplifiers (Part Three): Knowing The Brands

A Guide To Amplifiers (Part Three): Knowing The Brands

While guitar amplifiers can greatly differ by individual model, most brands of amplifiers have a set of tones and capabilities associated with its name. In part three of this guide to amplifiers, we’re going to explore some of the biggest amplifier brands on the market and go over what you can expect from each one. If you are unsure about the differences between tube amps and digital amps or what different amplifier specs mean, then please feel free to check out parts one and two from this series. While of course there are more notable amplifier brands than I’m able to go over there, the following four are among the most notable and most beloved. 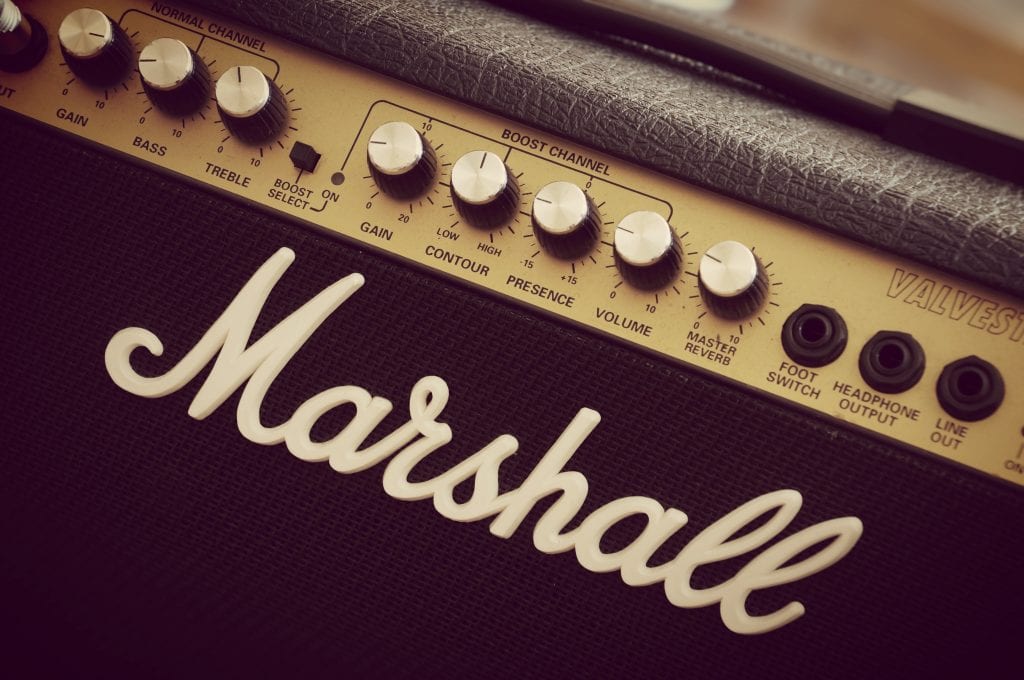 Probably the single brand most associated with amplifiers, Marshall made a name for themselves as the first widely available amplifier with built-in overdrive capabilities. Marshall amps have a distinct sound that is full but also crisp, and are particularly known for their crunchy overdrive tones. Marshall guitarists are primarily identified with rock (and particularly hard rock) players, but also have wide usage among blues and metal guitarists.

If you don’t count the nifty, micro-sized travel amps that Marshall manufacturers, then the cheapest Marshall currently on the marker is the Marshall MG10G 10W 1×6.5 Guitar Combo Amp with a price tag of $89.99. If you don’t mind spending a little more, my personal recommendation with Marshall is the Marshall DSL1HR 1W Tube Guitar Amp Head, which costs $299.99. Although just an amp head (meaning you will have to purchase the speaker cabinet separately), the Marshall DSL1HR packs plenty of classic Marshall tone for a relatively affordable price. 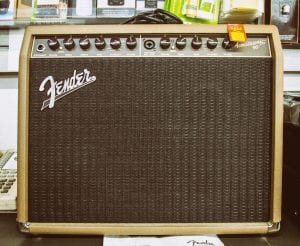 Although Fender is most commonly identified with their iconic line of electric guitars, Fender founder Leo Fender actually began building amps before he began building guitars. Although Fender-brand guitars eventually overtook their amplifiers in terms of popularity, Fender amplifiers remain among the most popular and beloved in the guitar-playing world. Just like their electric guitars, Fender amplifiers have a sparkling high-end tone that produces a jangly, chime-like quality.

Because of their similar qualities, Fender amps pair famously well with Fender guitars, something worth considering if you’re a Fender player yourself. Fender amps are used heavily in just about all styles of guitar music, with especially common use in blues, country, and rock.  Notable Fender amp users include B.B. King, Susan Tedeschi, Rolling Stones guitarist Keith Richards, St. Vincent, U2 guitarist The Edge, Stevie Ray Vaughn, and Heart guitarist Nancy Wilson.

Other than Fender’s casual travel-oriented MINI-amp series (of which there are four currently on the market), the cheapest Fender amp currently out there is the Frontman 10G, which only costs $69.99. Although there it has a significant uptick in price from the remarkably cheap Frontman 10G, my personal recommendation for Fender amps is a small tube amp called The Blues Junior IV, which will run you $599.99 if bought directly from Fender. 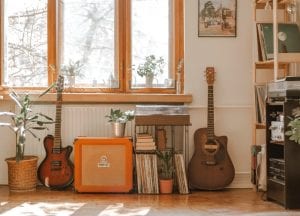 Although probably best known for the bright orange outer layer that has become their signature, Orange amps just might have the highest level of devotion among their users of any brand out there. Although Orange amps are used in a wide variety of styles, their distinct fat, buzzy tone and thundering built-in distortion has made them a favorite amp among doom/sludge metal players over the world. The player most identified with Orange amps is likely Sleep and High On Fire guitarist Matt Pike, who has become famous for the massive wall of Orange amps he lugs to almost all of his performances. Other notable Orange players include Grateful Dead guitarist Bob Weir, Marcus King, Michael Jackson guitarist Orianthi, Frank Iero of My Chemical Romance, Jay Som, Mastodon guitarist Brent Hinds, Beyonce guitarist Francesca Simone, and Slipknot’s Jim Root.

Orange miniature amplifiers are unusually strong when compared to other brands’ similarly-sized offerings, and are even able to hold their own against other low-end but larger amps. The cheapest of these miniature amplifiers is the Crush Mini 3W 1×4 Guitar Combo Amp at $69.00, and the cheapest Orange amp the next size up is the Crush12 12W 1×6 Guitar Combo Amp, which cost slightly a little more at $99.00. While both of those amps are very solid options for their price, my personal recommendation to those with the cash to spend is the Rocker 15 15W 1×10 Tube Guitar Combo, a compact but powerful tube amp with a price tag of $799. 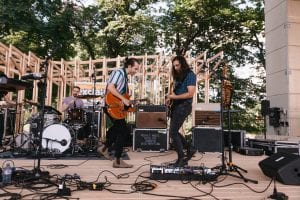 If there’s another amplifier brand that you would like to see profiled here, or another guitar/music-related topic that you’d like to see featured in one of these pieces, please feel free to reach out to me at benfittsguitar@gmail.com.